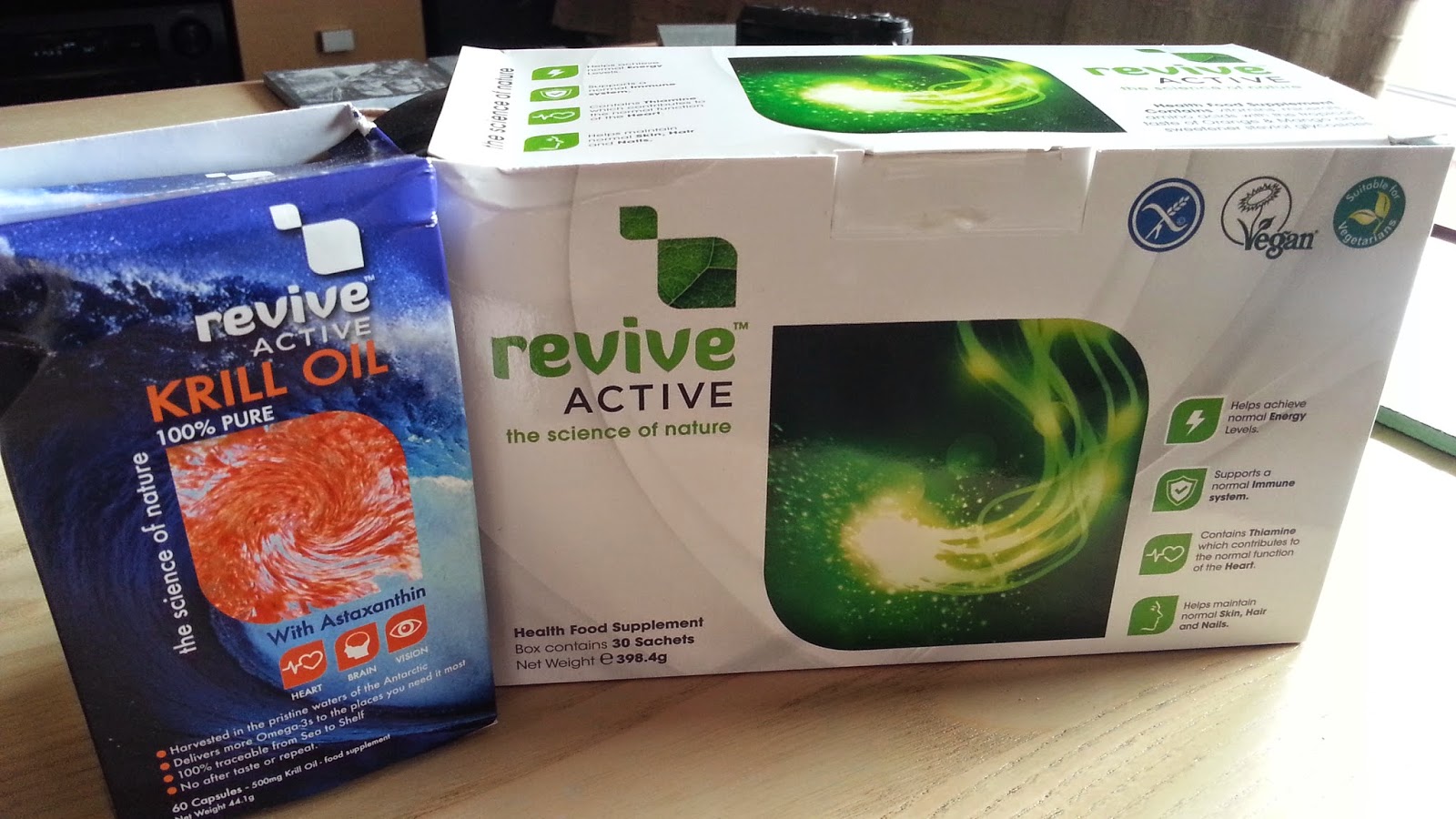 A little while ago the people from Revive got in touch with the site to ask us to test out their product, as it's gluten free.


I had literally been talking to the ladies from the Coeliac Society the day before about the problems I was having with taking boosters like Berocca and Rubex prior to going gluten free. It was seriously good timing on Revive's part for me to try it out again.

To preface, I take Sona Mulitplus daily now. It was recommended to me and I have not looked back since. I used to react quite badly to mulitvitamins or dietary supplements. I won't get into the ins and outs of it, but besides the tummy issues the main problems was a huge, itchy rash that would raise and disappear on my skin. My body was literally trying to flush out everything whatever way it could. I like to think of it as an extremely irritating defense mechanism! And no, there are no pictures, and I wouldn't show you anyway! 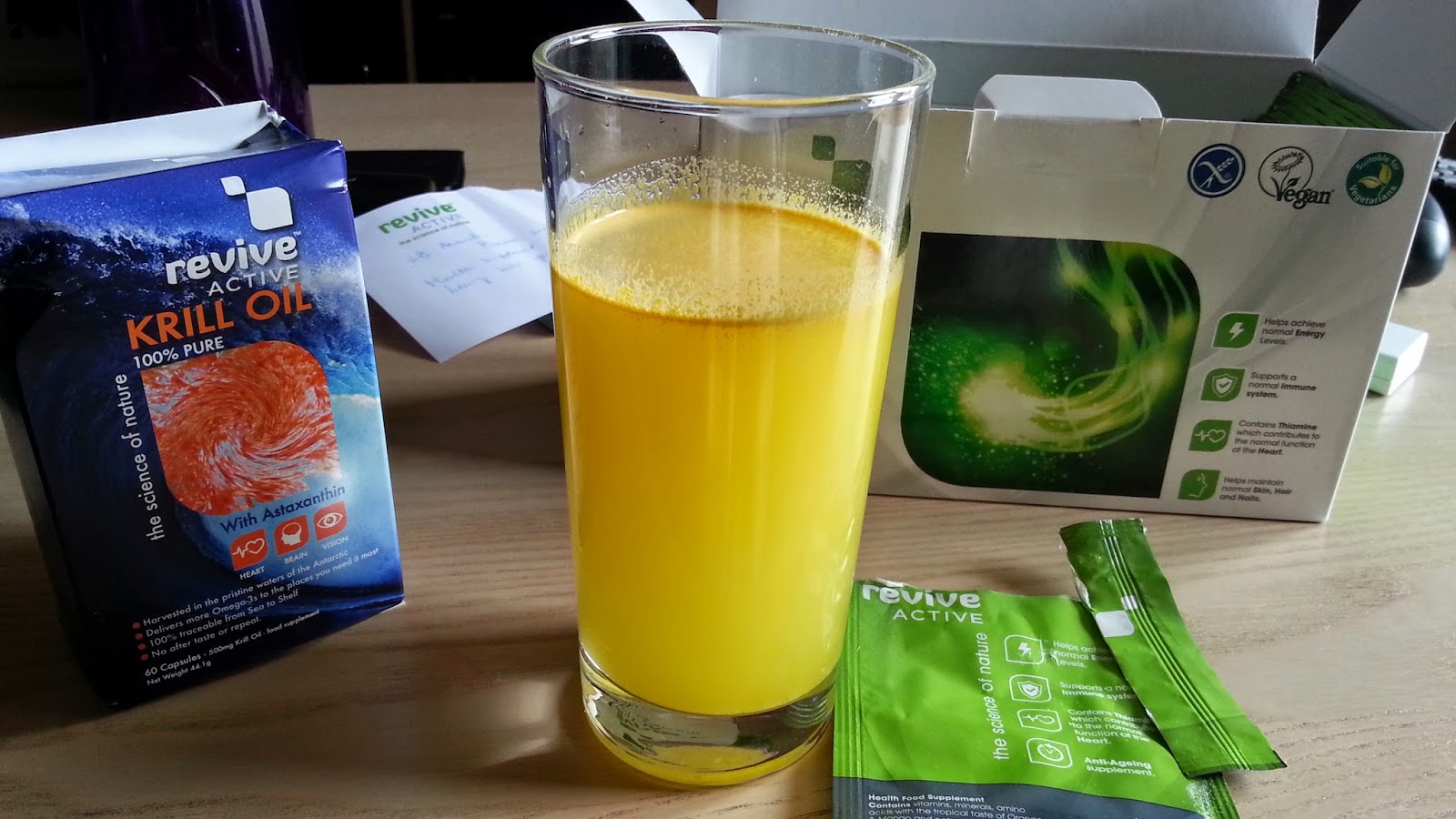 So, I started the challenge. Now, again, I've been taking vitamins, so I noticed a few things straight away:
After a few weeks of vigilantly taking it I had noticed a few good points and some not so good points and decided to opt out of the trial myself. So, I explained the situation and recruited a friend of mine, Rory Lynch, to be my guinea pig. As I said, I've a history with this particular type of vitamin, so I most definitely needed a second opinion. He's meticulous in his detail, so I prime candidate. And willing, of course he was willing. I asked for a little paragraph and he wrote an essay and categorized it for me! WINNING!

Here's what he had to say, word for word, seriously I didn't change this:

My good friend Amanda Howe of the Brilliant Dublin Gluten Free blog asked me to test out this product over the past week.

I have to say I was a bit skeptical at first, especially since it came with an ominous warning to watch out for malodorous bathroom fumes and the possibility of fluorescent rainbow pee. These warnings were of course in jest, nonetheless they did leave me a tad concerned! I can’t say that I’ve never had the displeasure of peeing rainbows or a stinky bathroom before, but never have I willingly put myself in the firing line for such!

My fears however were unfounded. This product lives up to its claims and without any nasty side effects.

Let’s start with the claims. Firstly the ones I can’t comment on, being its anti-aging and healthy heart boosting properties; these I obviously can’t make any statement on. I’m neither a scientist nor was I was using the product long enough to make a subjective assertions on either. Now for what I can comment on; they say the product can help to achieve normal energy levels and support a normal immune system. They also say that it sports the tropical tastes of mango and orange (with natural sweeteners).

Being the super nerd and organizational Monica I am, I of course had to break out a spreadsheet on this one. Here it is below in all of its colour coded glory:

I took note of how energised I felt on a scale of 1-10 at various points during the day, namely; when I woke up, at morning tea, at lunch, at afternoon tea, when I left the office, and when I arrived home. Finally I took note of the Zombie hour (the time my brain just gave up functioning for the day) and how many hours of sleep I got. The morning lunch and afternoon entries contain 2 numbers, being how energized I felt before I ate and after. The peach colour indicates when I drank the Revive Vitamin drink. I would also be having a coffee at those times, except the times I was drinking Revive. I tried to drink it at different times of the day as well to eliminate as many variables as I could. As you can see, this little powdered sachet of awesome really does pack a punch. When I was drinking the coffees there is a clear pick up in energy but also a clear dip between the intervals. With the Revive drink however there was a greater pick up and a lasting energy boost which carried right throughout the remainder of the day. Even more important was that my overall energy levels continued to improve as the week went on. By day 3 I was waking up feeling more energized and maintaining a much steadier level of energy, as well as having a much longer day before hitting the dreaded Zombie hour.

With what I said regarding the anti-aging and health heart benefits considered, I did have to make a small comment on this claim. While I normally have quite a strong immune system and would rarely get sick, every little helps. During the week of the test my office was struck with quite a nasty vomiting/coughing bug. On one of the days we had 40% of the team call in sick with the bug and a number more who arrived in only to spend half the day queuing for the bathroom. While I can’t make any definite suggestions that Revive Active had any hand in it, I came through the week unscathed and unbothered by the bug. Entirely subjective and anecdotal I know, but still thought it worth the mention.

Everything has its downsides right! Well, flavour is where Revive Alive meets its demise. The Flavour of the mixed drink leaves a lot to be desired. Far from being a tropical mango and orange flavour hit, its taste is somewhat bitter and unappealing, like a cake that’s accidentally had the sugar and salt measurements reversed. It’s just not right. Is it horrible and undrinkable? No. Having said that, If Samuel L Jackson came to my place for a Kahuna Burger, he most certainly would not be asking for a sip of my tasty beverage to wash it down.

Overall this product is well worth a go. The flavour lets it down, but this aint no beauty pageant and it more than makes up for its shortcomings with talent. The energy and alertness boosting properties of Revive Alive are solid and noticeable. The knock on effect of ongoing use is worth it in my opinion and I would have no problems recommending this to busy office workers, students and gym rats alike. While the verdict is still out on whether this product truly is GF&C friendly, hopefully there will be an official word soon.

On a final note; if you’re the kind of person who isn’t fond of ingesting anything whose ingredients list reads like a bottle of shampoo, I might suggest you don’t turn the packet over!!

Back to me! So, in regards to the gluten free element. The product is actually marketed as a gluten free product. However, marked on the packet is that it's produced in a factory that handles wheat, among other allergens. Revive told me that they are trying to get it listed with the Coeliac society at the moment.

Overall, this product does boost energy, both of us agreed on this point. Secondly, the flavour isn't terrible, but it's not great. Rory got around the residue by putting it in a bottle, whereas I used an ordinary glass and couldn't shift it.

Lastly, although Rory has said a few negative, the postives outweighed them for him. Evidence: the first question he said to me about them was that they were awesome and where could he get more!

Rory has his own blog, I'll get you a link.