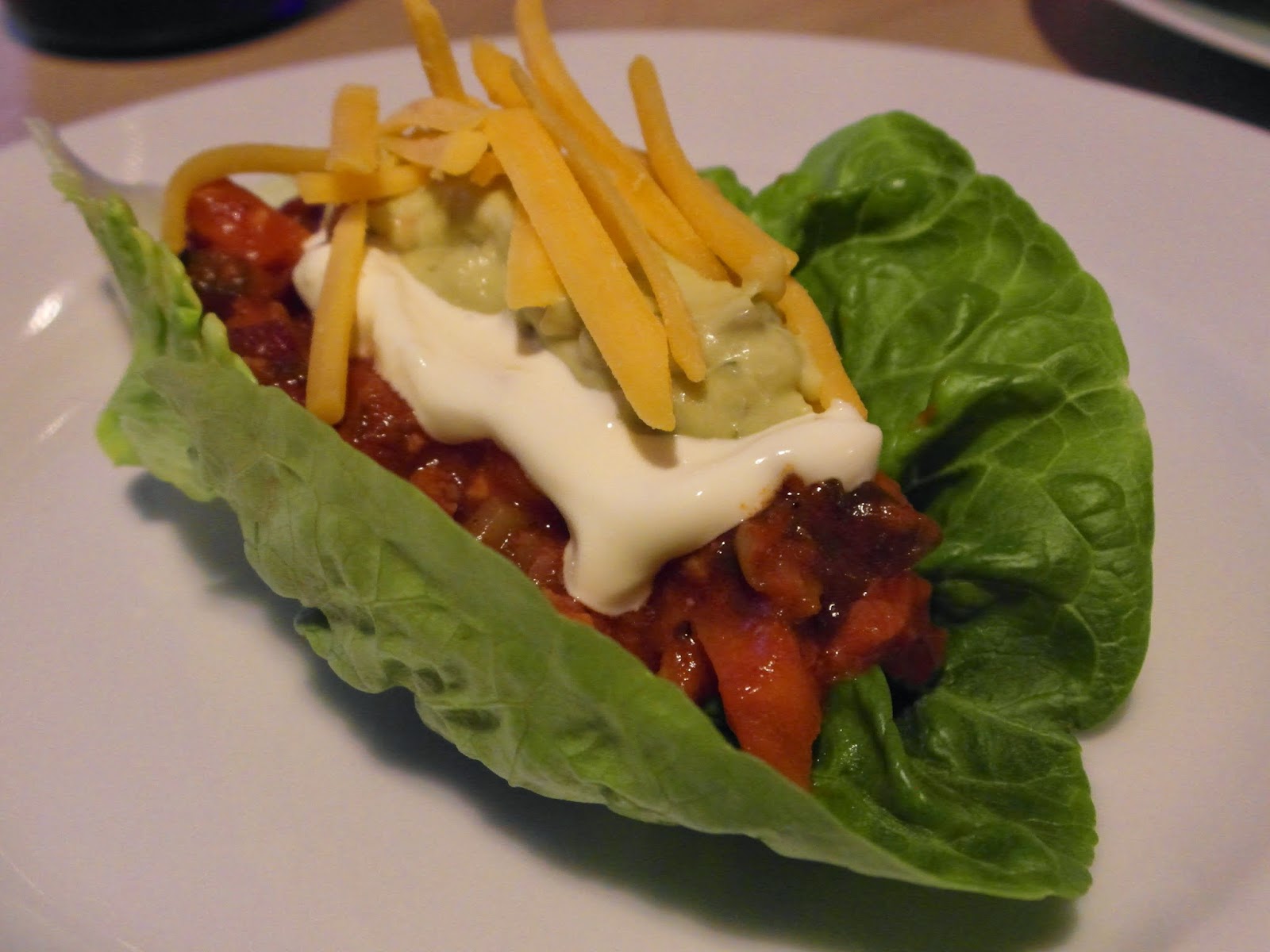 The peeps at Lovin Dublin had a bit of foodie news this week.... 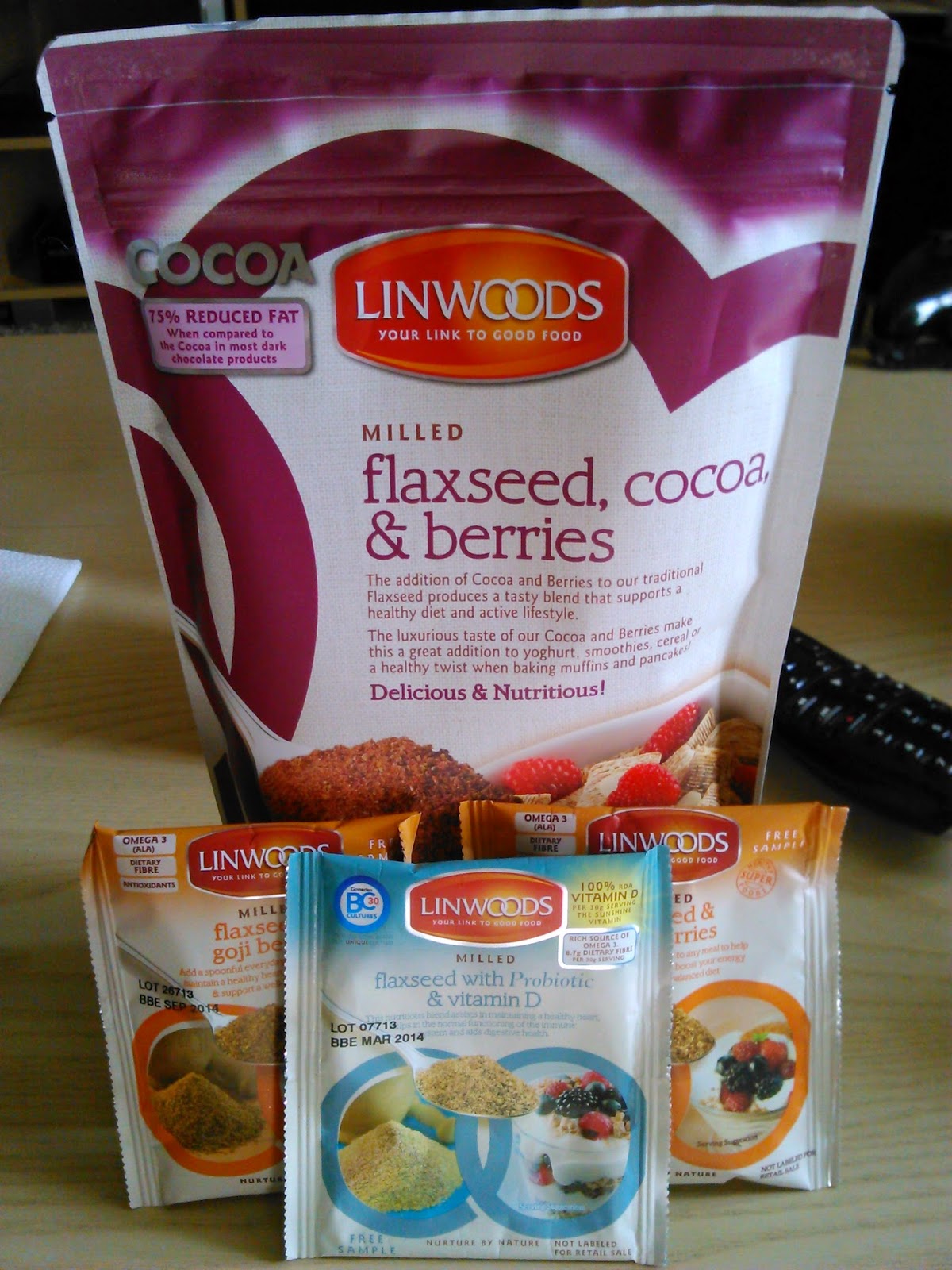 Linwoods sent out their new flaxseed flavour to try out recently. 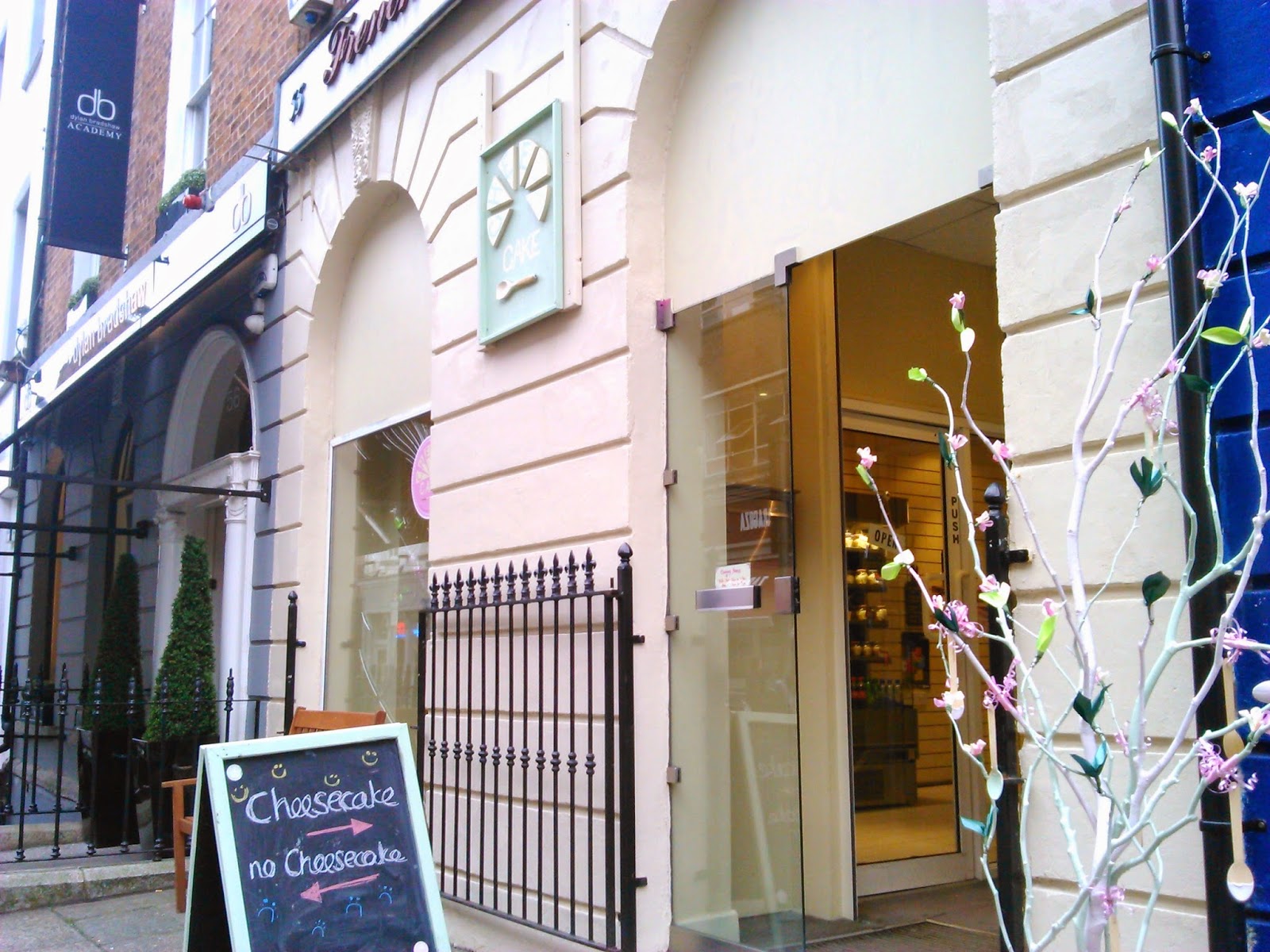 Who wants cheesecake?
Read more »
Posted by Unknown No comments: 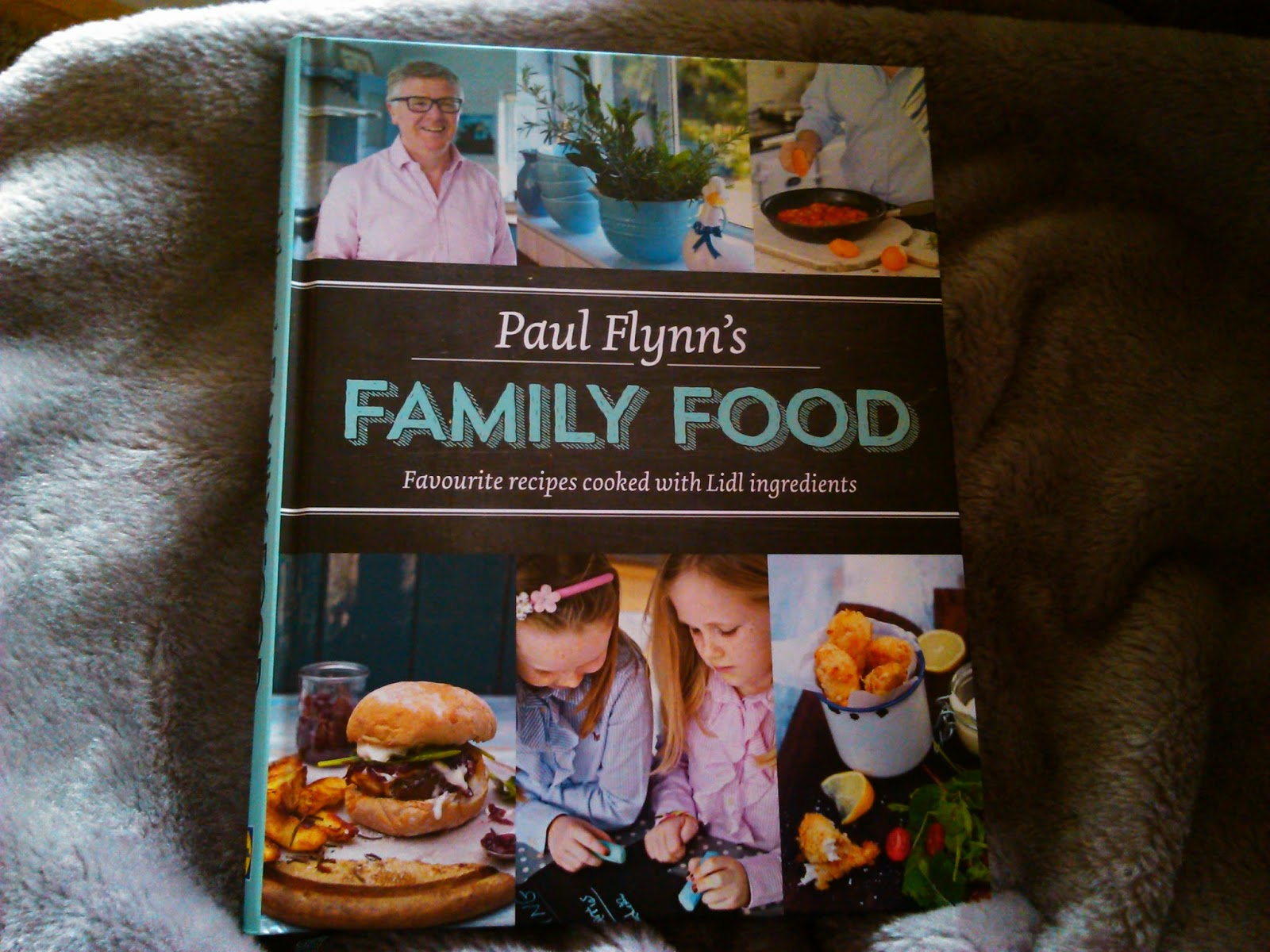 The other night we were invited along to the book launch for Paul Flynn's "Family Food" in association with Lidl Ireland in the gorgeous 10 Lower Ormand Quay...
Read more »
Posted by Unknown No comments:


The Lovin Dublin ladies and gent asked for a list of gluten free restaurants. A top ten list to be exact! They said they were getting lots of emails and requests from gluten free diners and needed a Top Ten for their lovely readers.


Putting them in order was actually really hard. My list changes as I try new places, but the restaurants on this list are constants. I’ve eaten in each of them a number of times and not reacted, which is the second most important thing. The most important thing is these are the tastiest places. 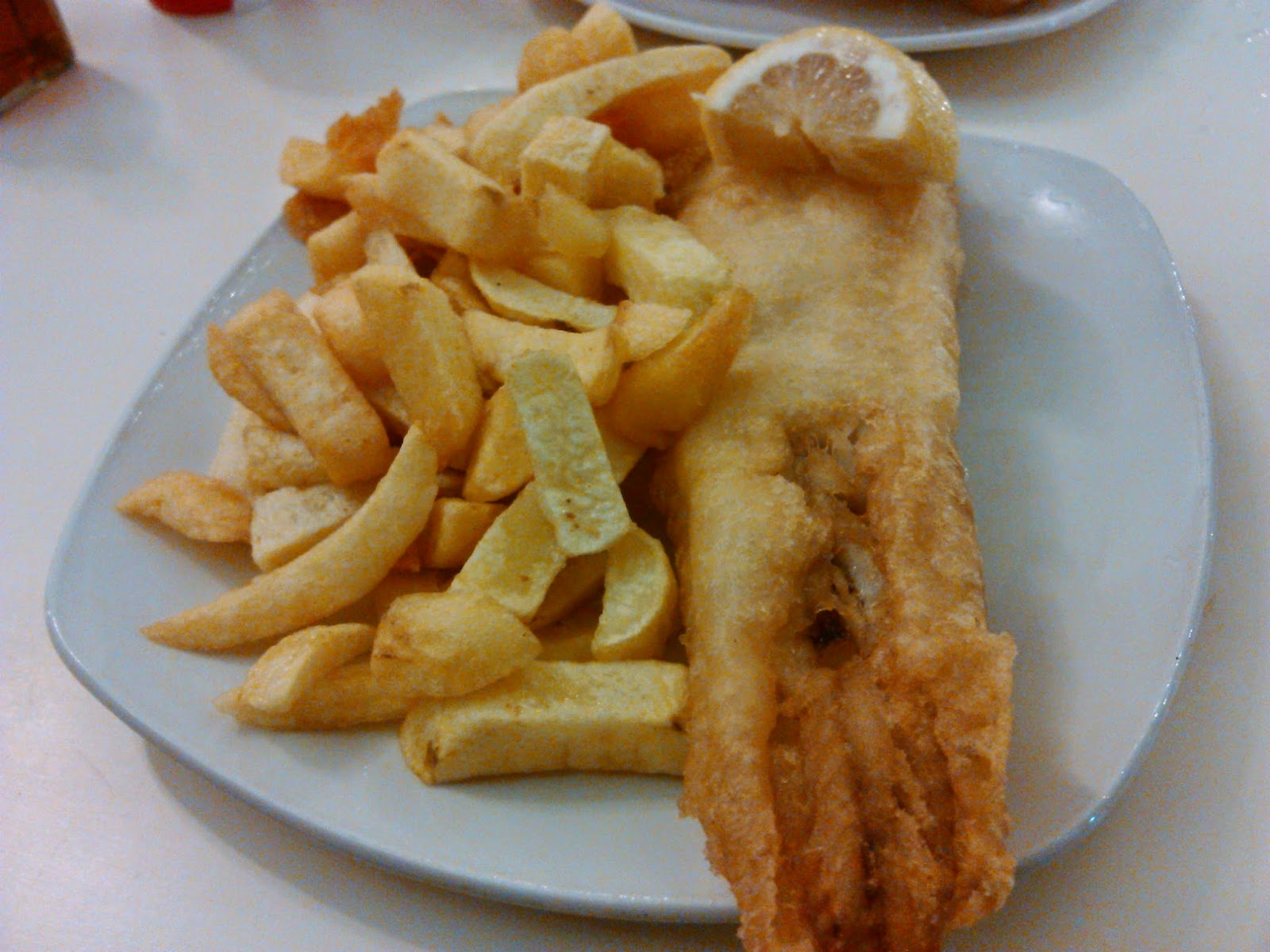 Fish and chips are a favourite in Dublin. I live close to the famous Burdocks and had never eaten a battered fish, until I found out about Beshoffs. They have gluten free fish and chips, battered fish and chips that is! I had to go here when I first heard about it. When you order gluten free they prep in separate oil and there’s no flour in their batter. Definitely worth checking out for a weekend treat, or a hangover cure! 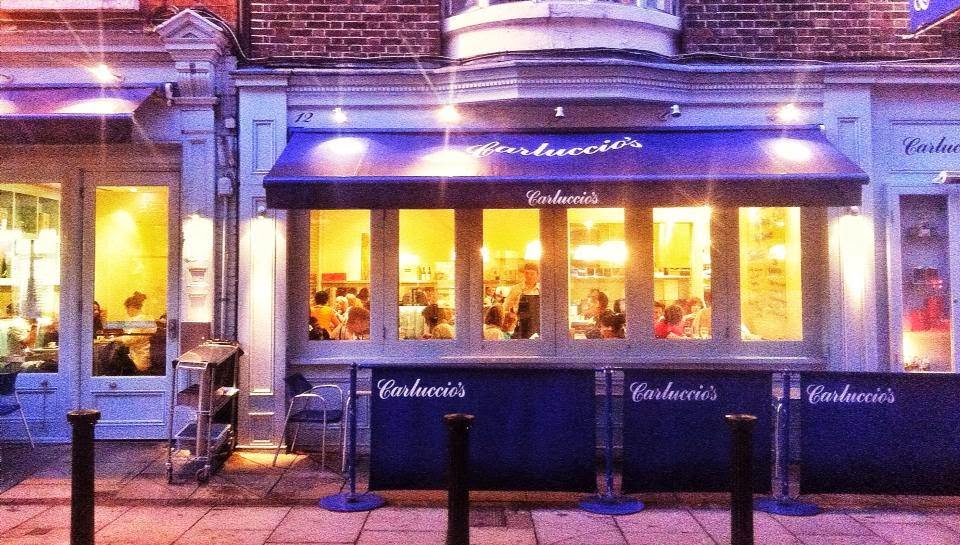 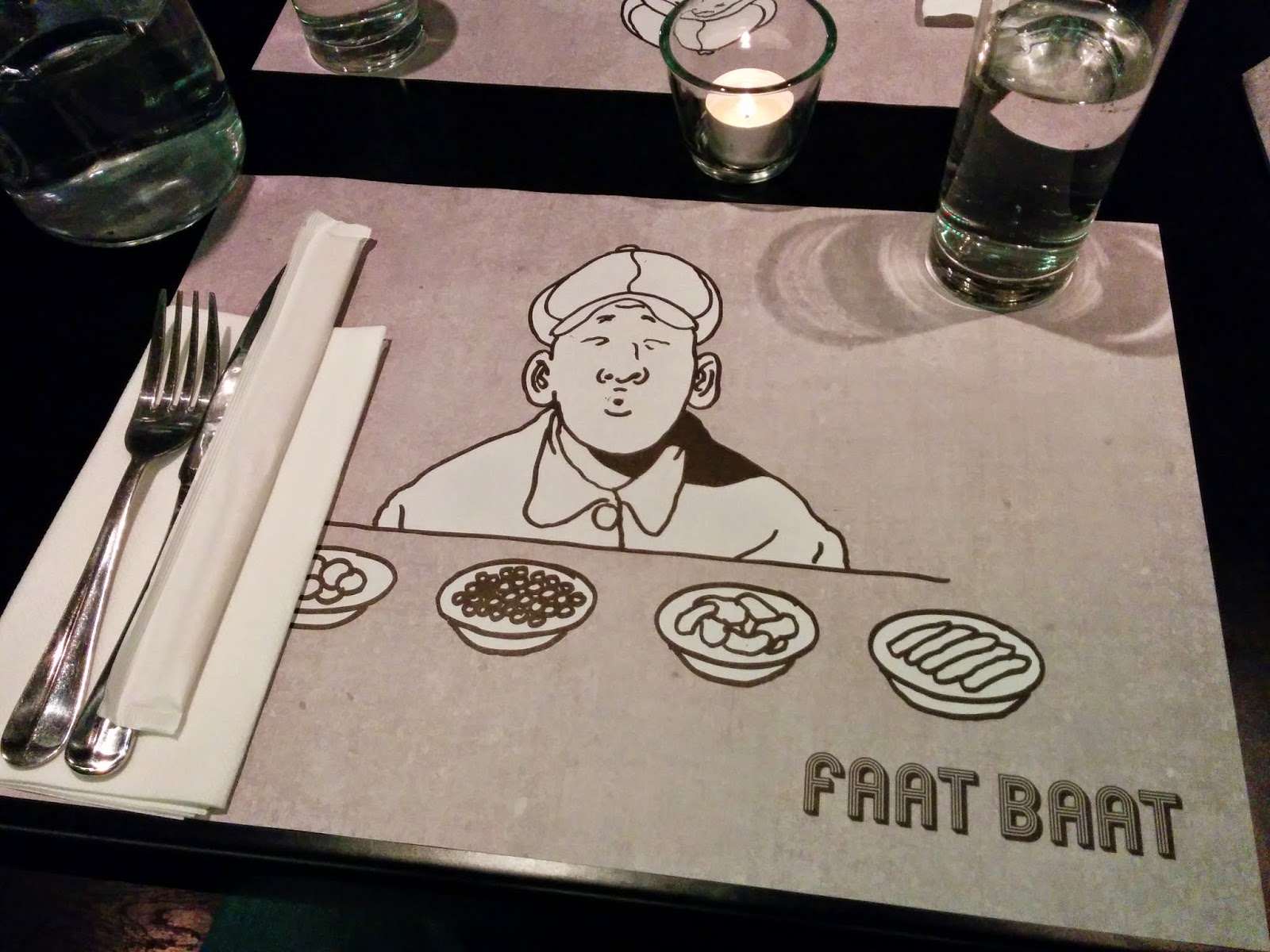 FAAT BAAT, located in the basement of 35 Dawson Street, is new to the scene as they only opened in late 2013, but they were amazing with the gluten free food. Nearly the whole menu can be made gluten free. In fact, all the mains on their current early bird menu are gluten free. On top of the food they’ve a cool, funky atmosphere and some tasty cocktails, including a ginger mojito! 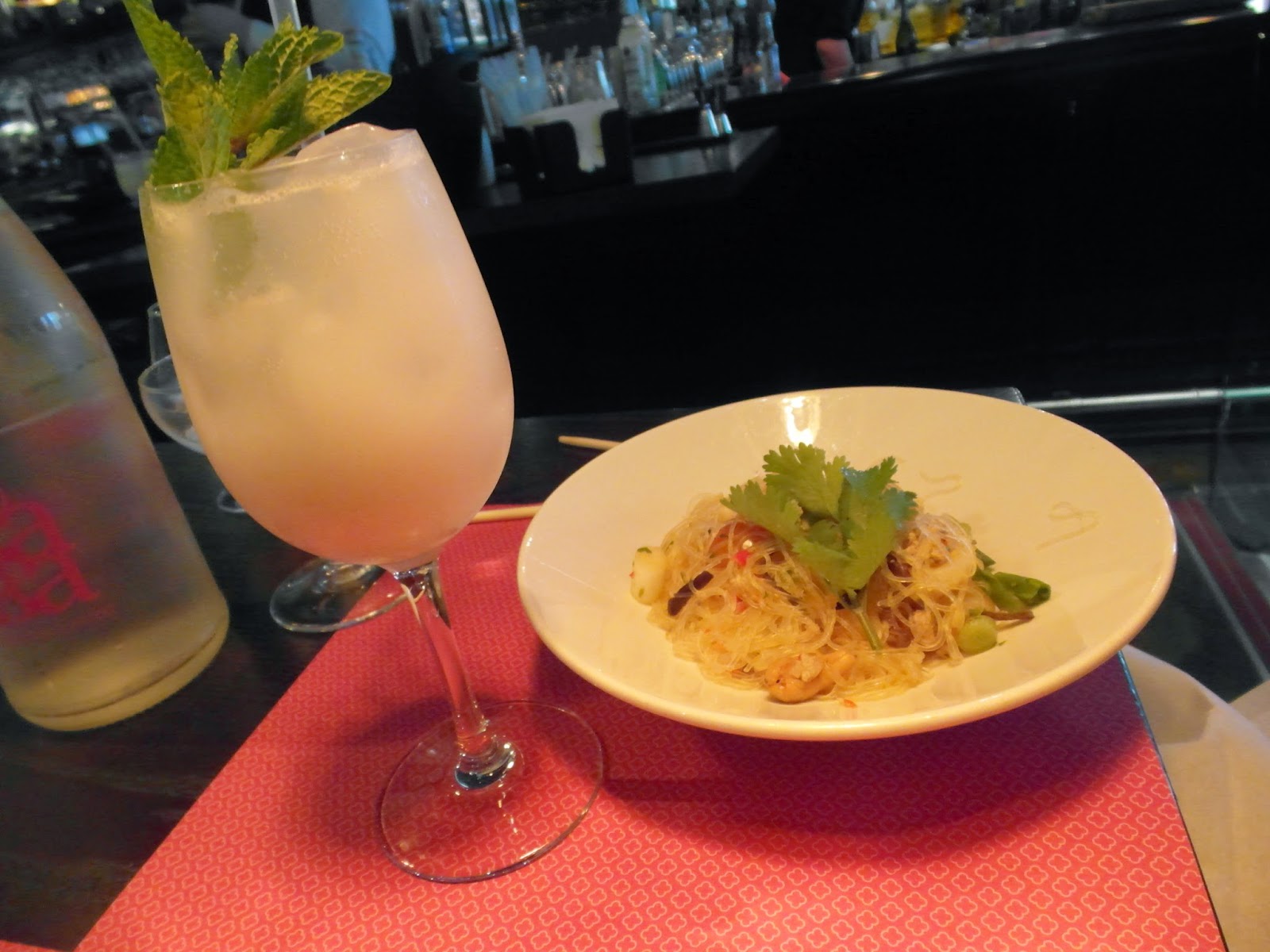 Saba is a tasty Thai restaurant. They pay really good attention to dietary requirements and produce some damn good food to match. Not to mention the award winning cocktails… *dribble* 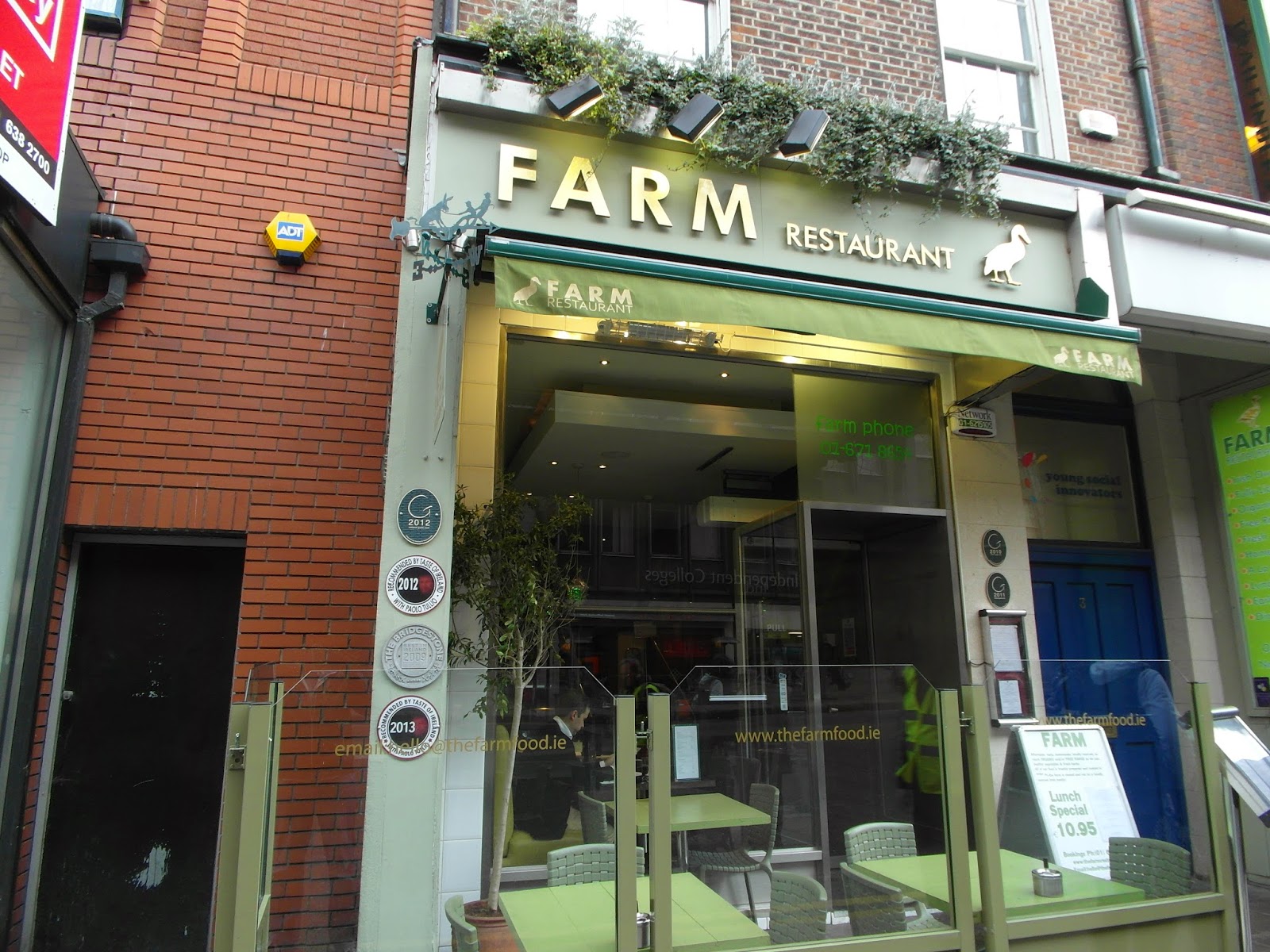 The Farm was one of my first favourite gluten free restaurants when I was in town on a regular basis. The staff were so nice and the menus are clearly marked. They produce some scrummy food, which was a welcome change to my confused ramble around town in search of something that tasted good. They have two branches, one on Dawson Street and the other on Leeson Street. I’ve eaten in both and found them to be great with the gluten free. 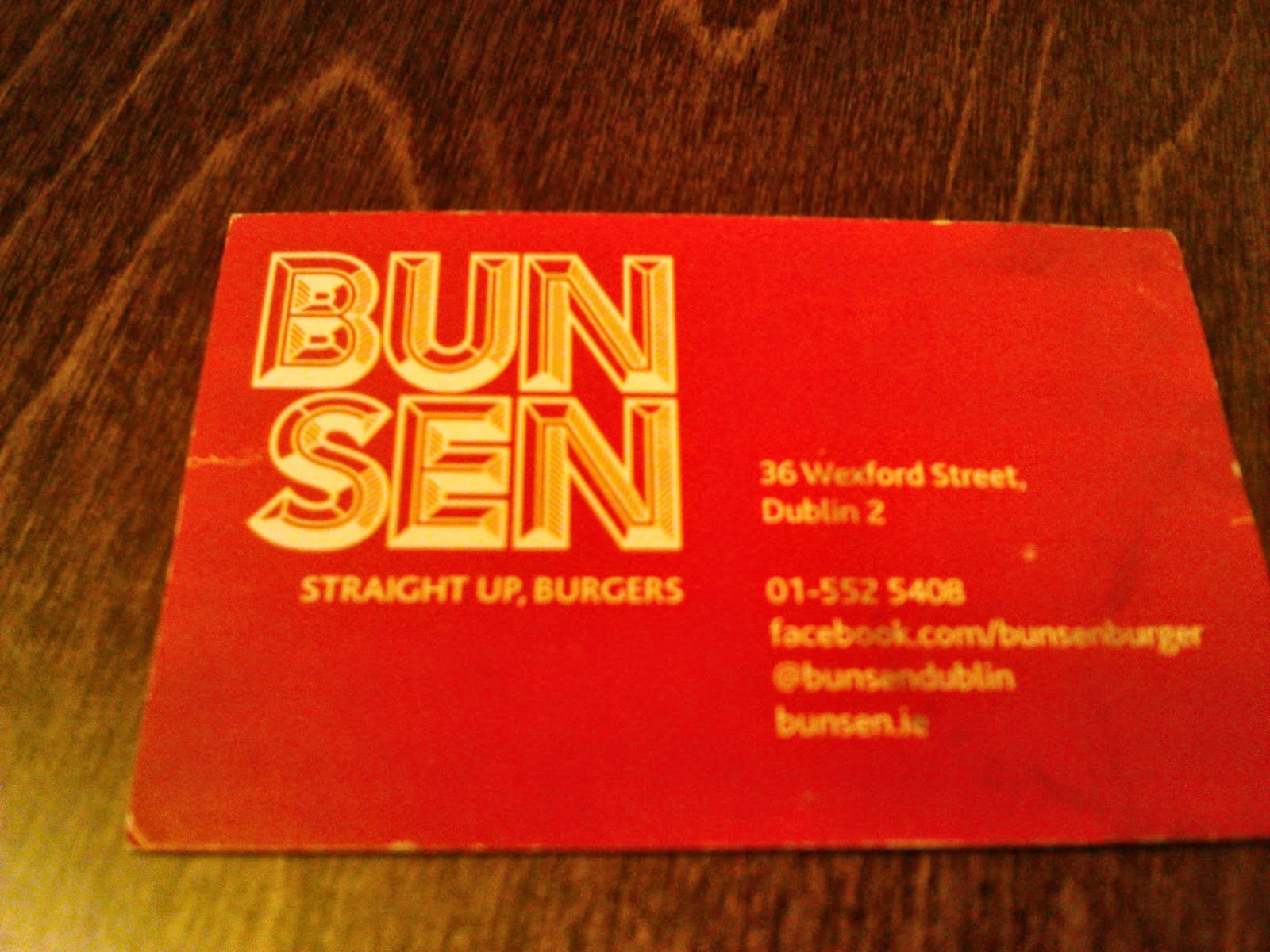 Bunsen is by and far one of the most tasty burger joints in Dublin. Guess what?! You can go gluten free there too! The burgers are made of beef, salt, and pepper and made in-house, so no gluten there. They keep gluten free buns in the back. I’ve never been told they’re not in stock. What’s more is they’re good, tasty buns that just melt away with the burger in your mouth. Hmmm burger… 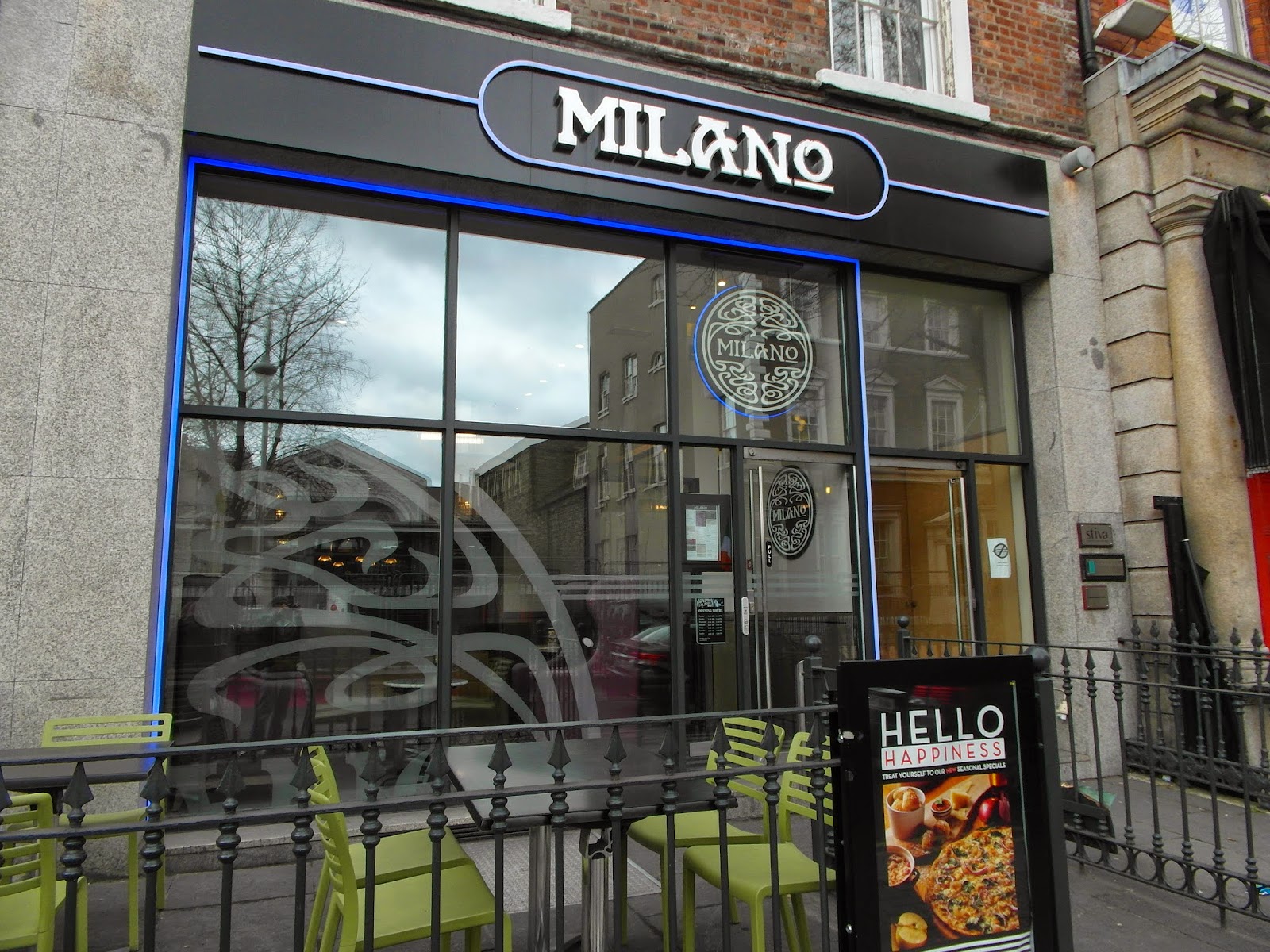 Milanos have gluten free pizza! You heard me people, pizza, with a lovely thin base. It’s only available in one size, as it’s bought-in, but this means it’s consistently good. I’ve tried gluten free pizza in a lot of restaurants, but I continuously return to Milanos because it’s tasty and handy in terms of locations. 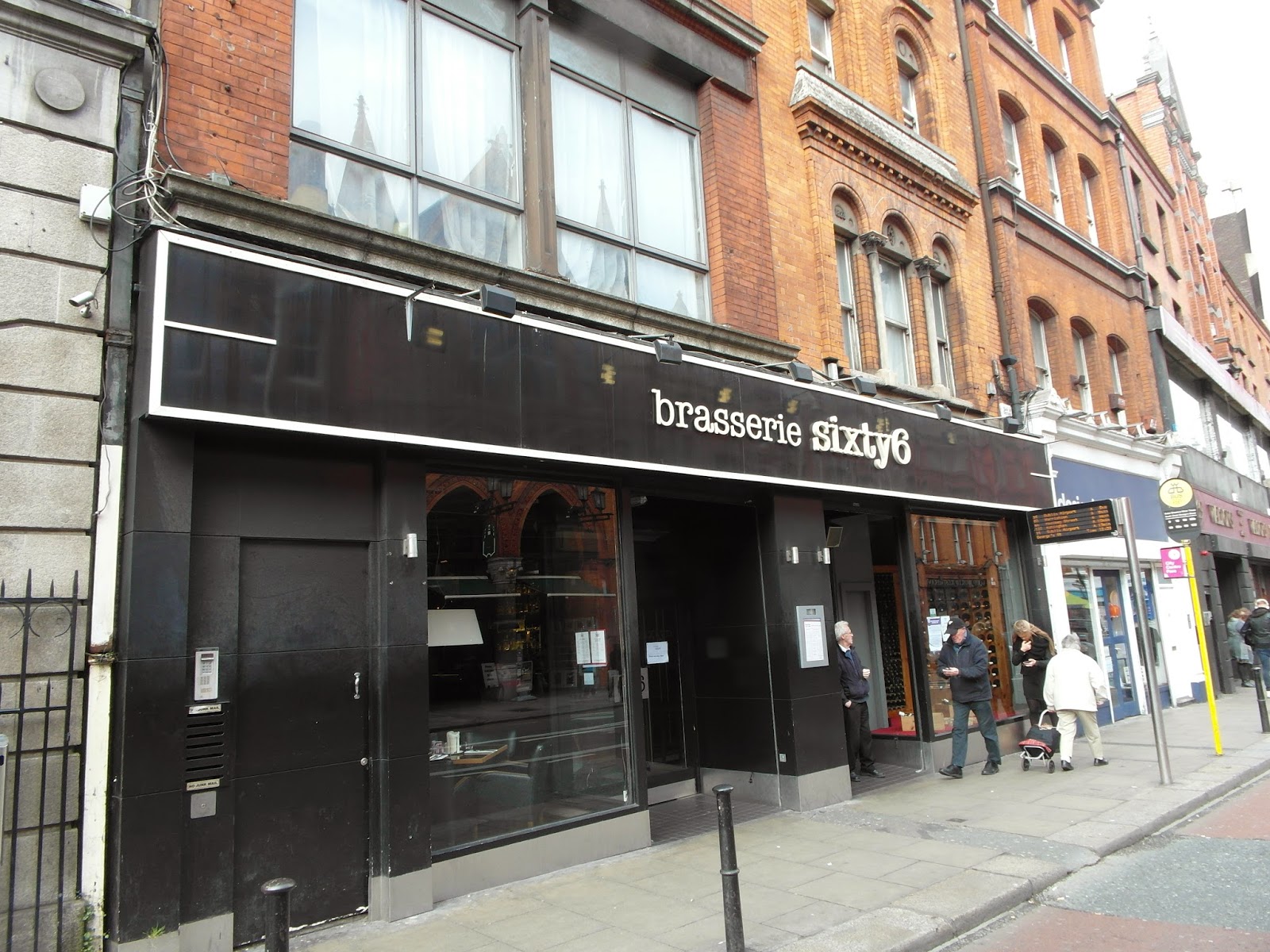 Brasserie Sixty6 have this nifty little indication on their menu: CA, which is coeliac adaptable. They have the obvious “C” to mark gluten free, but CA is great to give the gluten free dinner more options. This cuts out that messy conversation about needing to have gluten free, but not liking the options available to you. Not that this is a problem in Brasserie Sixty6, the food is great. Try the tuna steak, you won’t regret it!
2. The Millstone 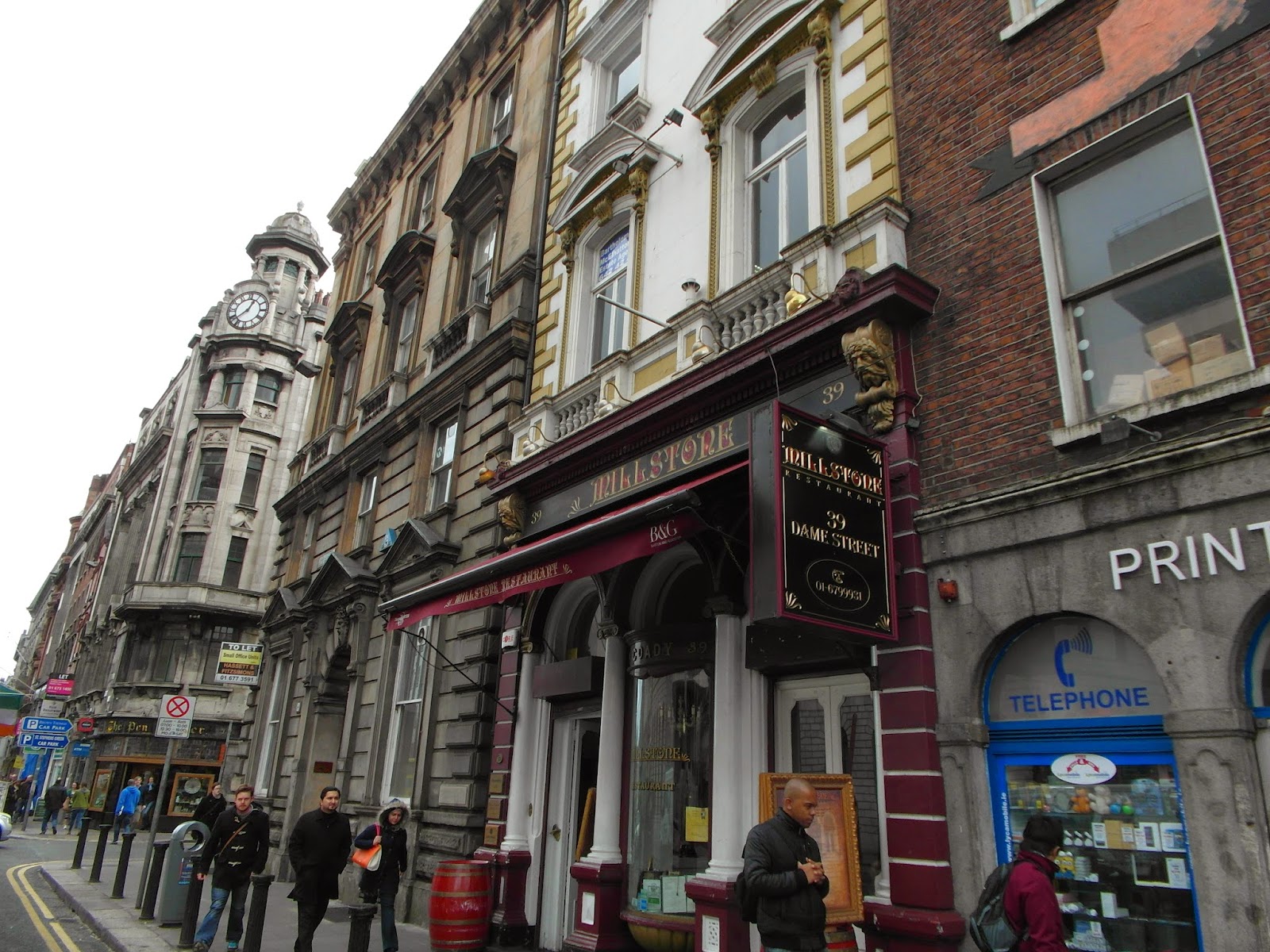 The Millstone on Dame Street is one of my ultimate favourite places for breakfast, lunch, and dinner. They bake their own gluten free bread and have been around for years doing exactly what they do: gluten free and tasty food. Make sure and ask for the gluten free menu when you get in and you’ll be delighted with the variety and fullness of the menu. Full review here.
1. Opium 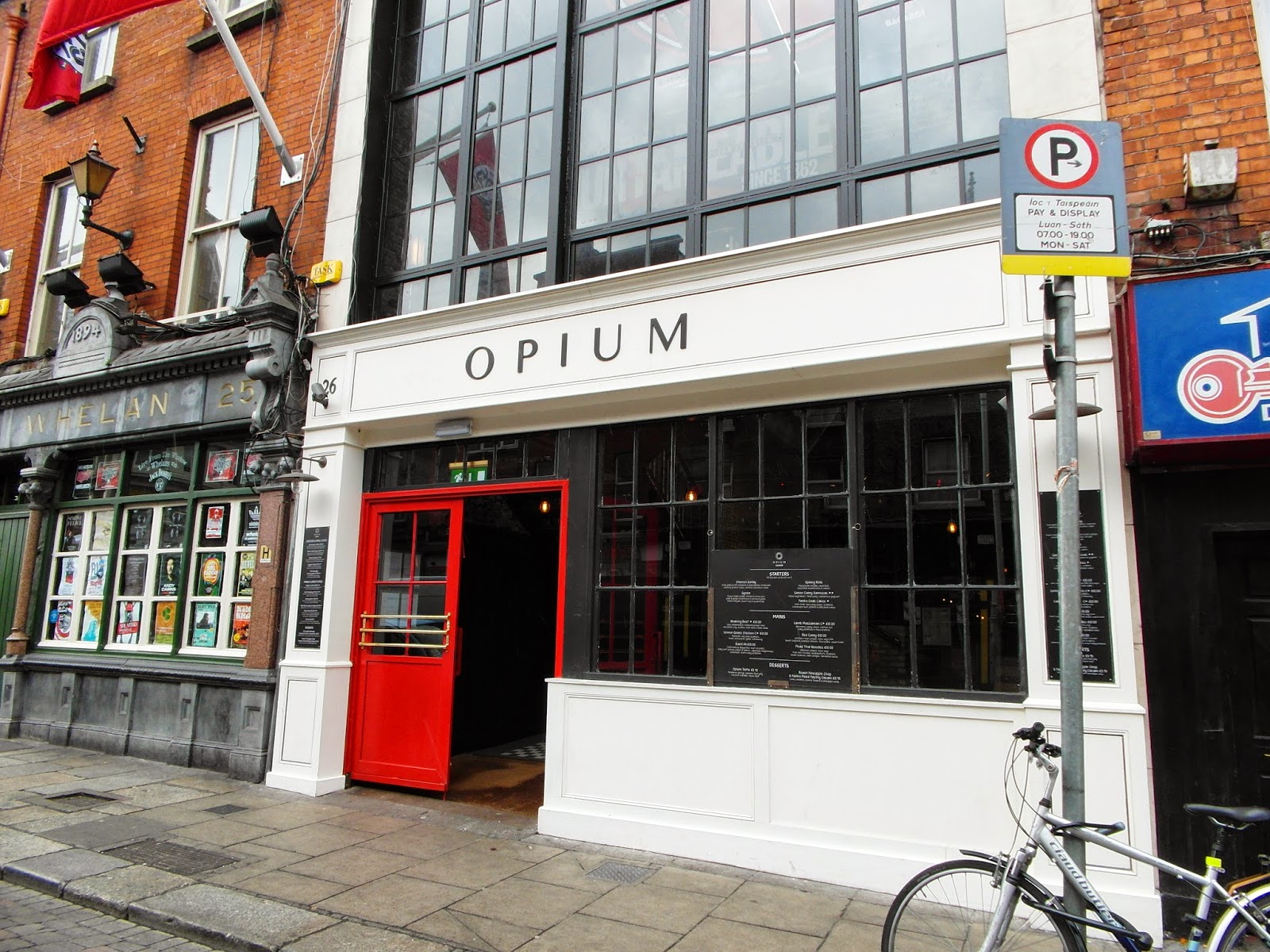 Opium… oh opium you are definitely a little addictive! I originally wanted to try this restaurant because of the Lovin Dublin review and was utterly blown away by the food here. It’s a diamond of a place. The staff are great, the food is awesome, and the atmosphere is dark and seducing. Most importantly, they are really good with the gluten free. I could eat their ribs all day long… every day!

There are obviously hundreds of restaurants in Dublin. These were chosen as they are ones I, as a gluten free diner, have visited time and time again. This is a living list. A list that could change in a few months as other places step up their game on the gluten free front.

I asked Twitter and Facebook about their favourite places to dine gluten free. Here’s additional restaurants they mentioned:

Note: Someone did mention Bison Bar, but Bison have confirmed that the rubs for all of their meats contain gluten so to give them an authentic American taste… avoid that one.

Enjoy your International Day of Happiness, have some amazing food!

Posted by Unknown No comments: 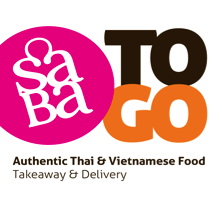 Some info on the new menu at Saba and Saba To Go!
Read more »
Posted by Unknown No comments: 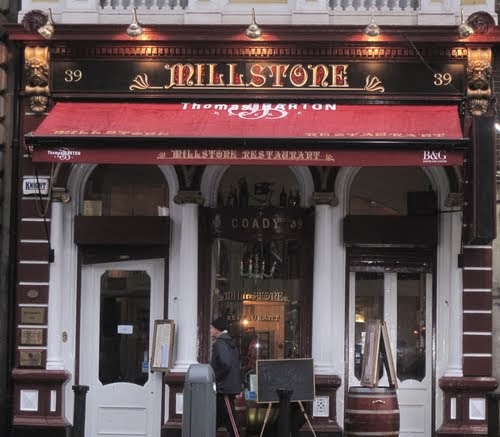 I love the Millstone on Dame Street. 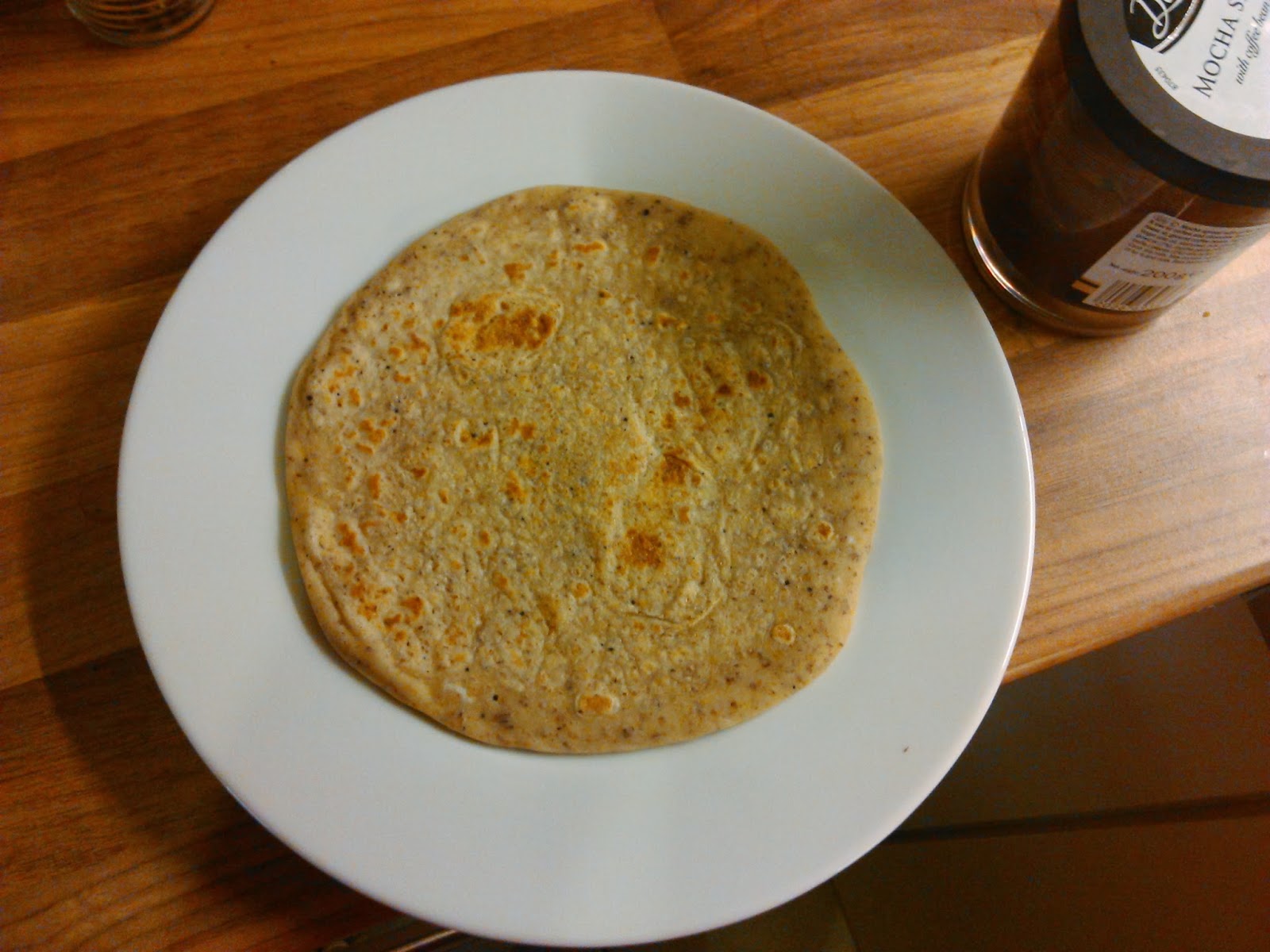 Shrove Tuesday is nigh and that means pancakes for everyone!