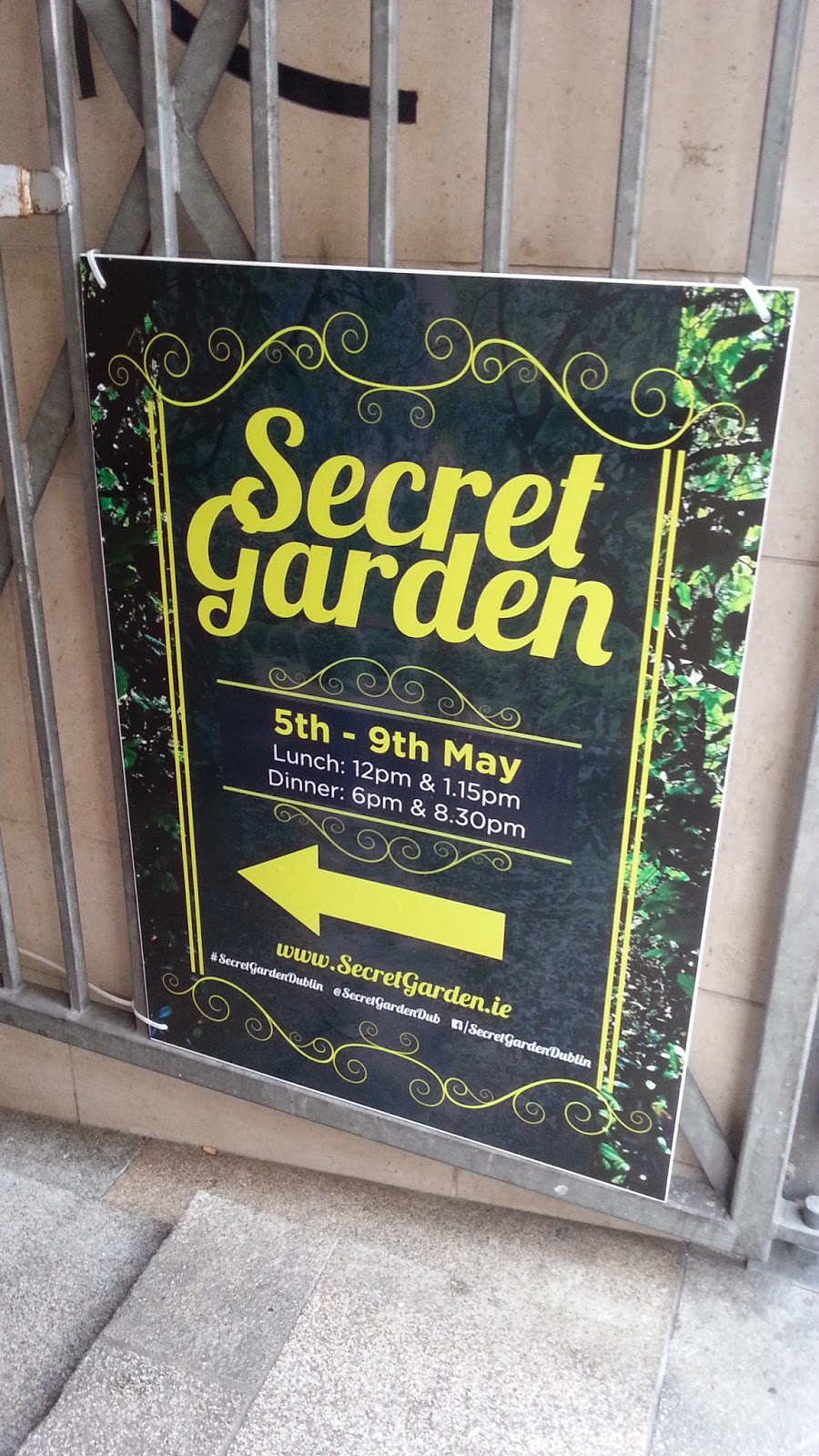 This way for the secrets.... 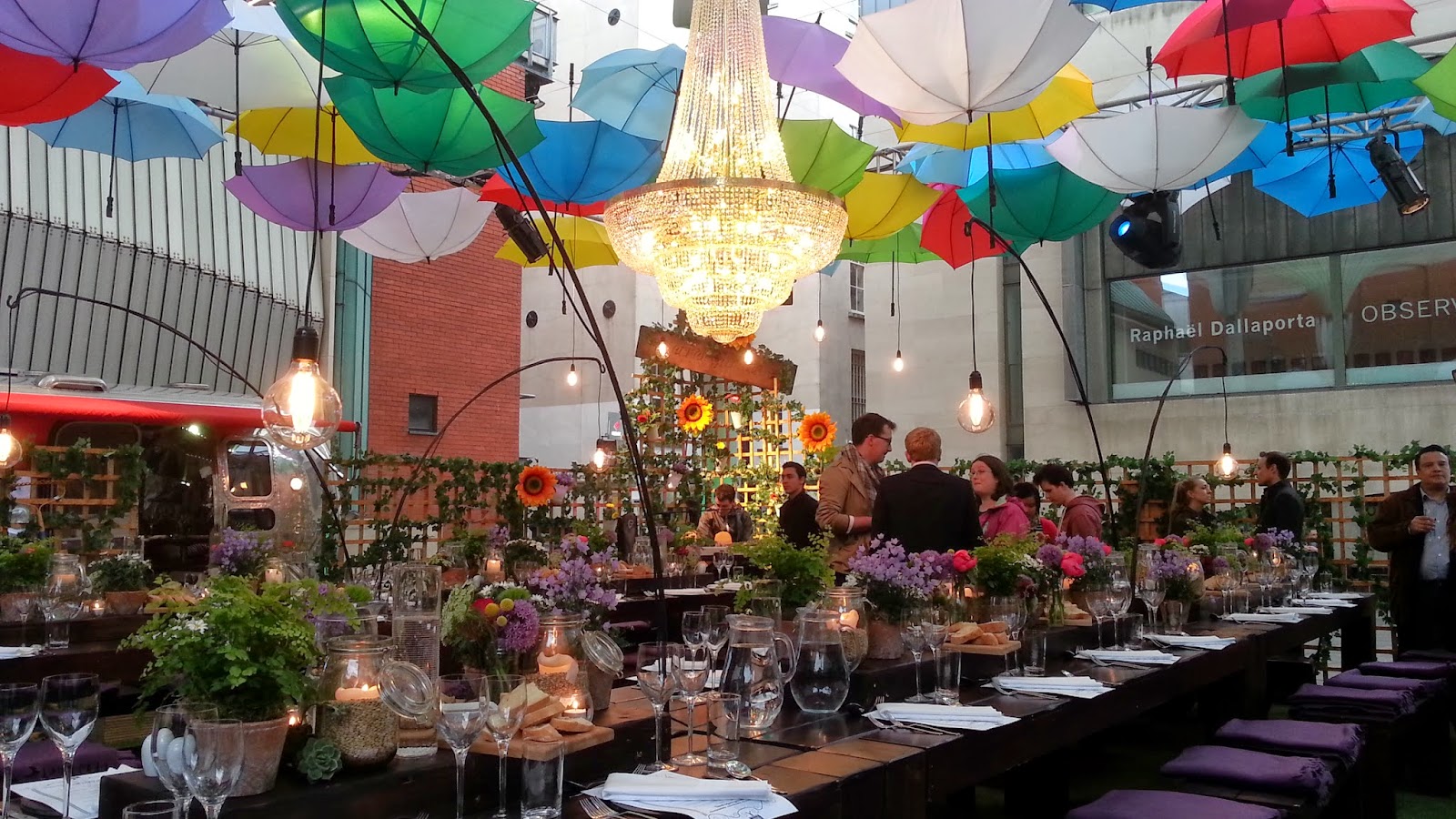 So over the last week there has been this buzz around Dublin city about a pop up restaurant serving delicious food in a magical atmosphere. We were lucky enough to be at the press night on Thursday. 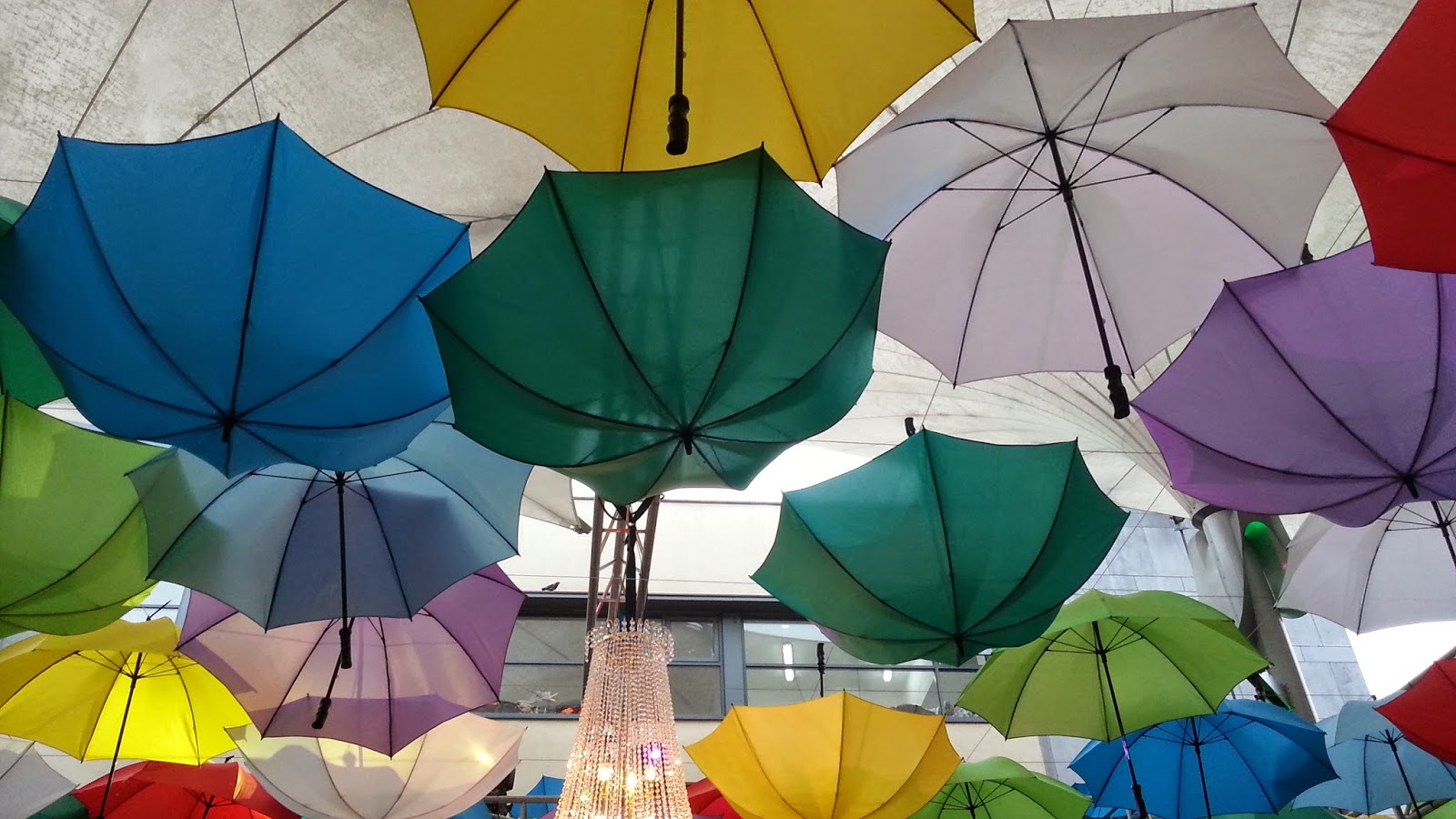 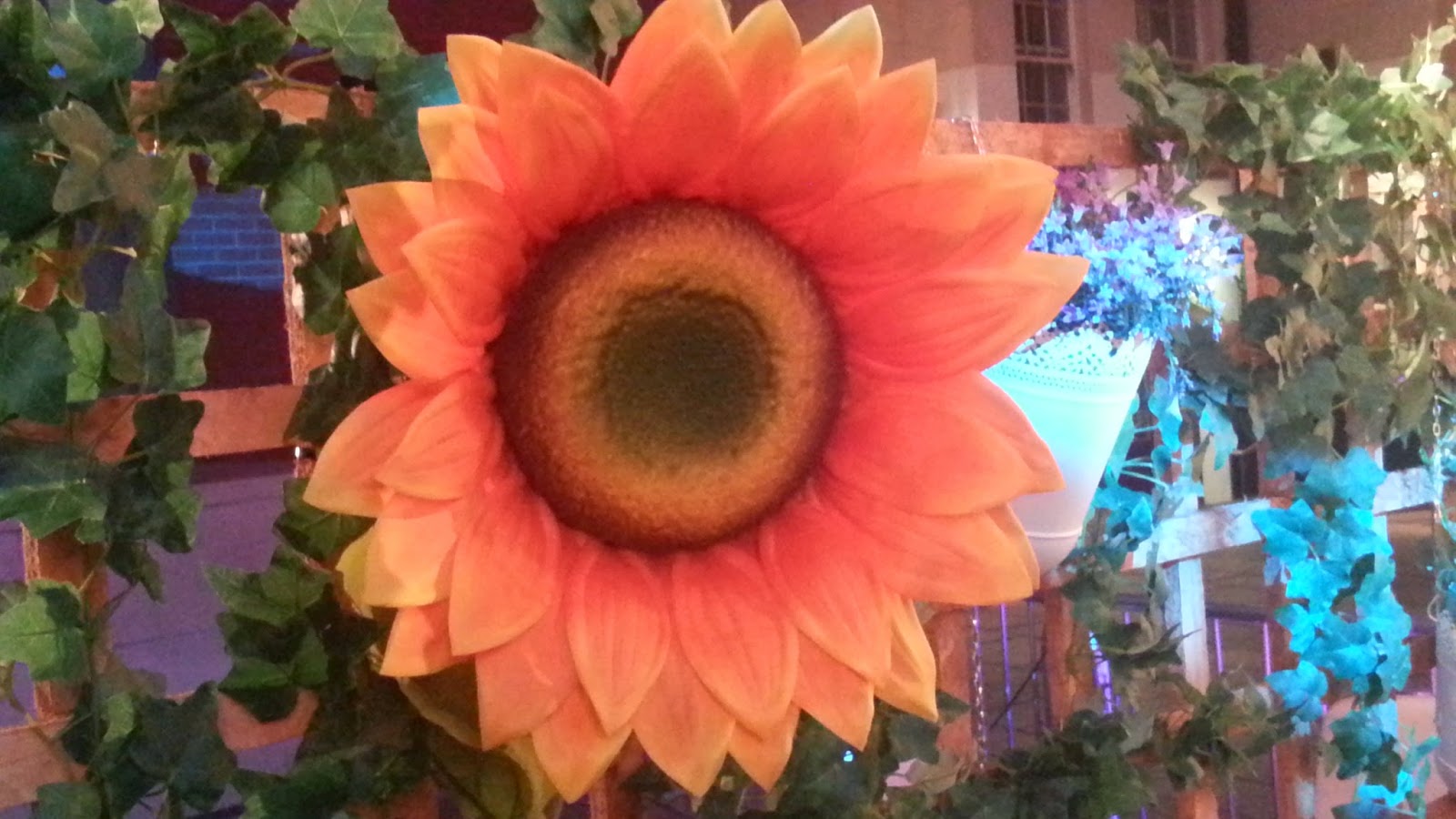 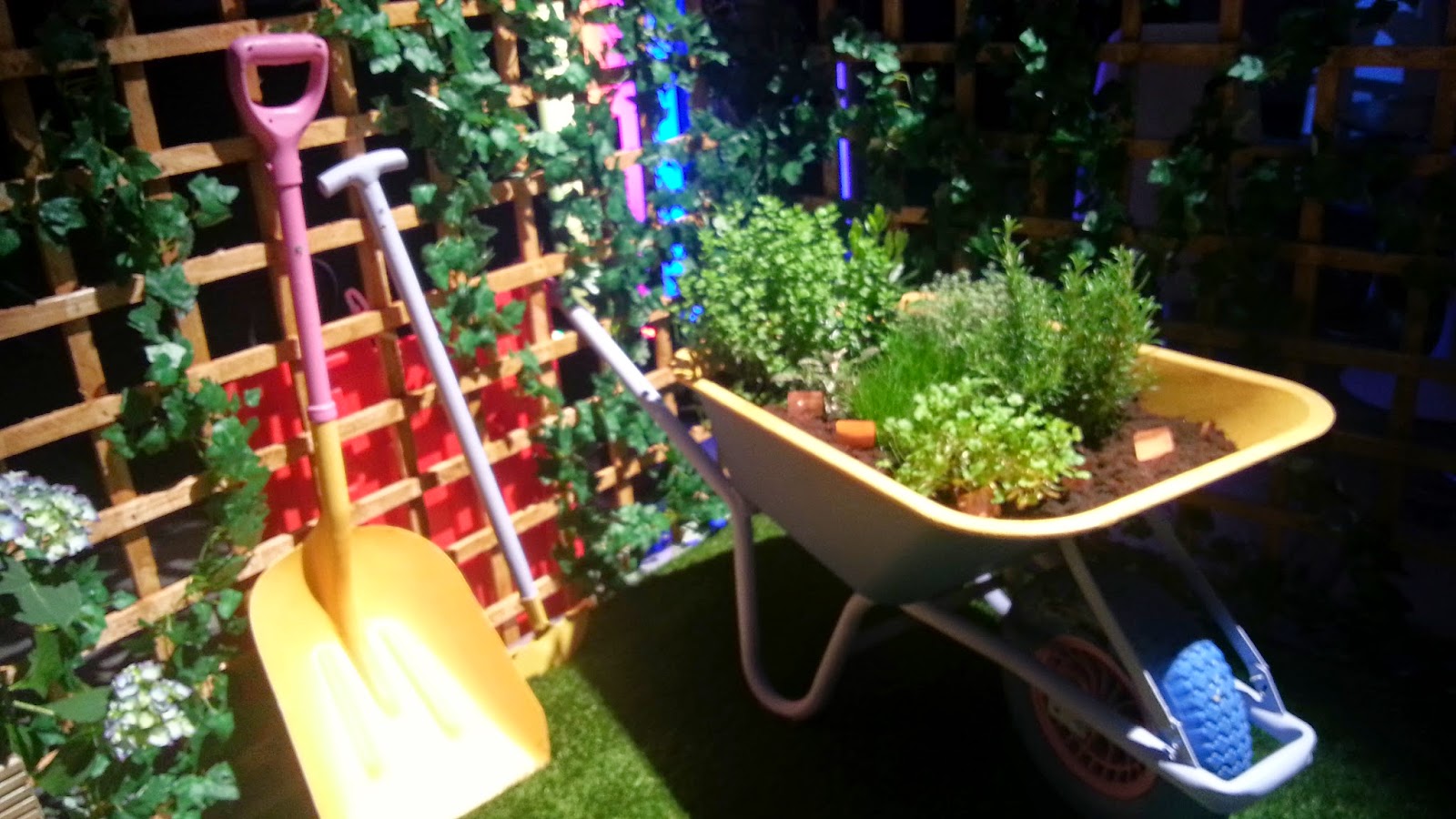 The venue was amazing. Serious kudos to the set up. It was dressed quirkily as a garden, obviously. It really seemed like a complete oasis in the middle of the city, a world away from the busy life just outside it. 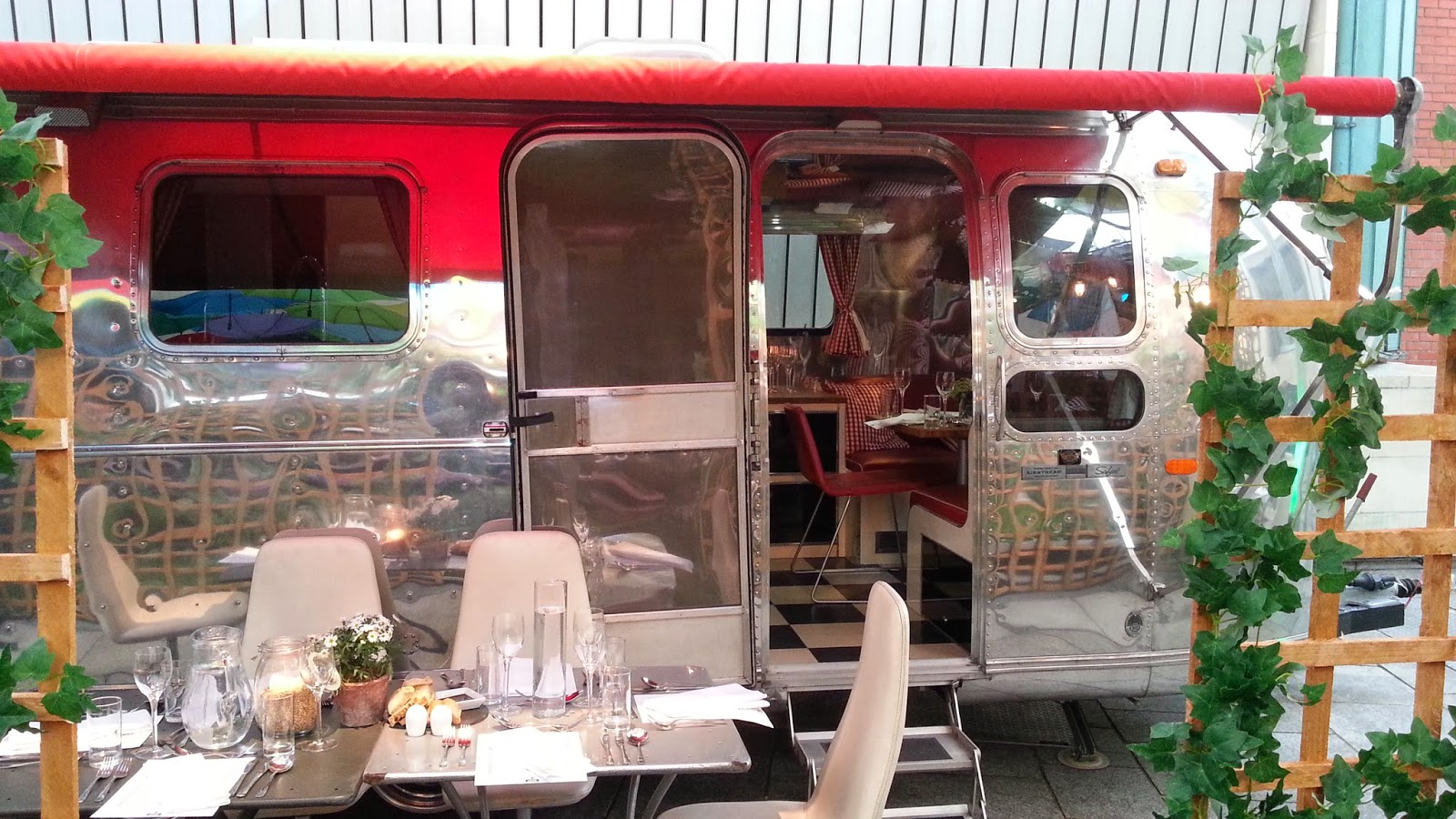 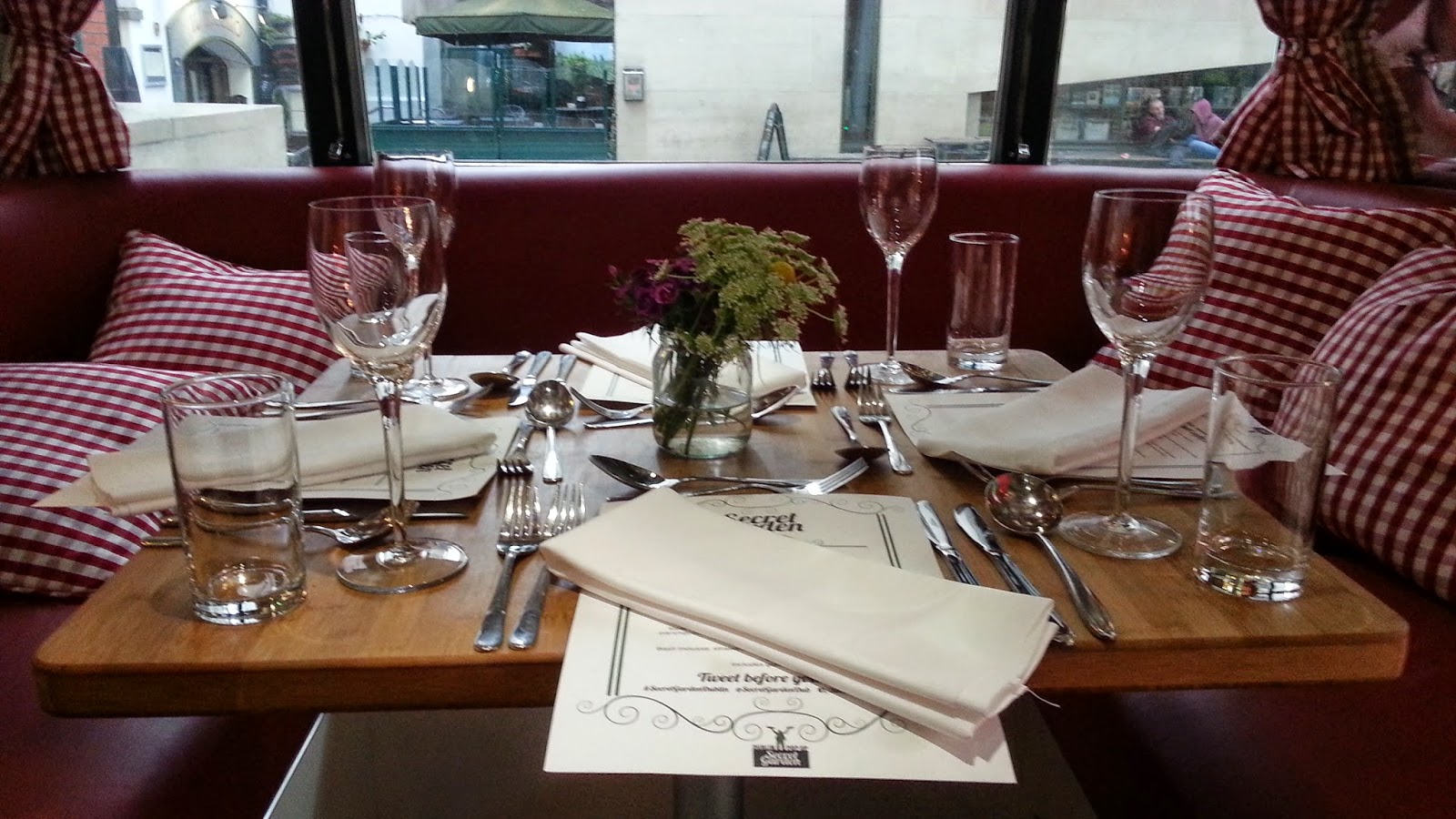 There was even a private seating area at the back for special guests. 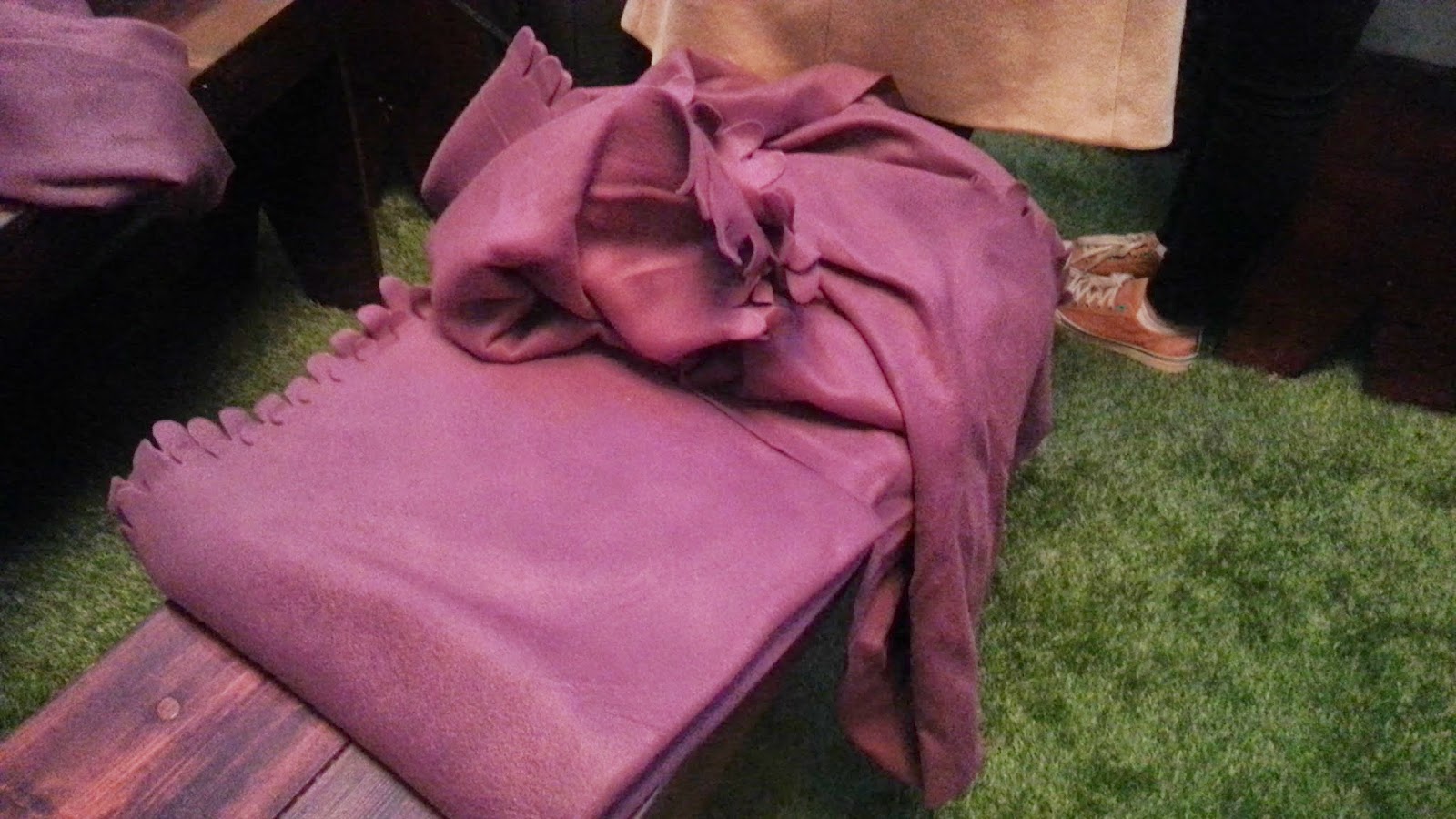 Everyone was told to dress warmly. It's Ireland right?! Seems like a no-brainer really! They did provide some gorgeous blankets to wrap yourself in though. Most placed them over their legs. Others, went the whole hog and wrapped them around their shoulders as the evening grew colder. 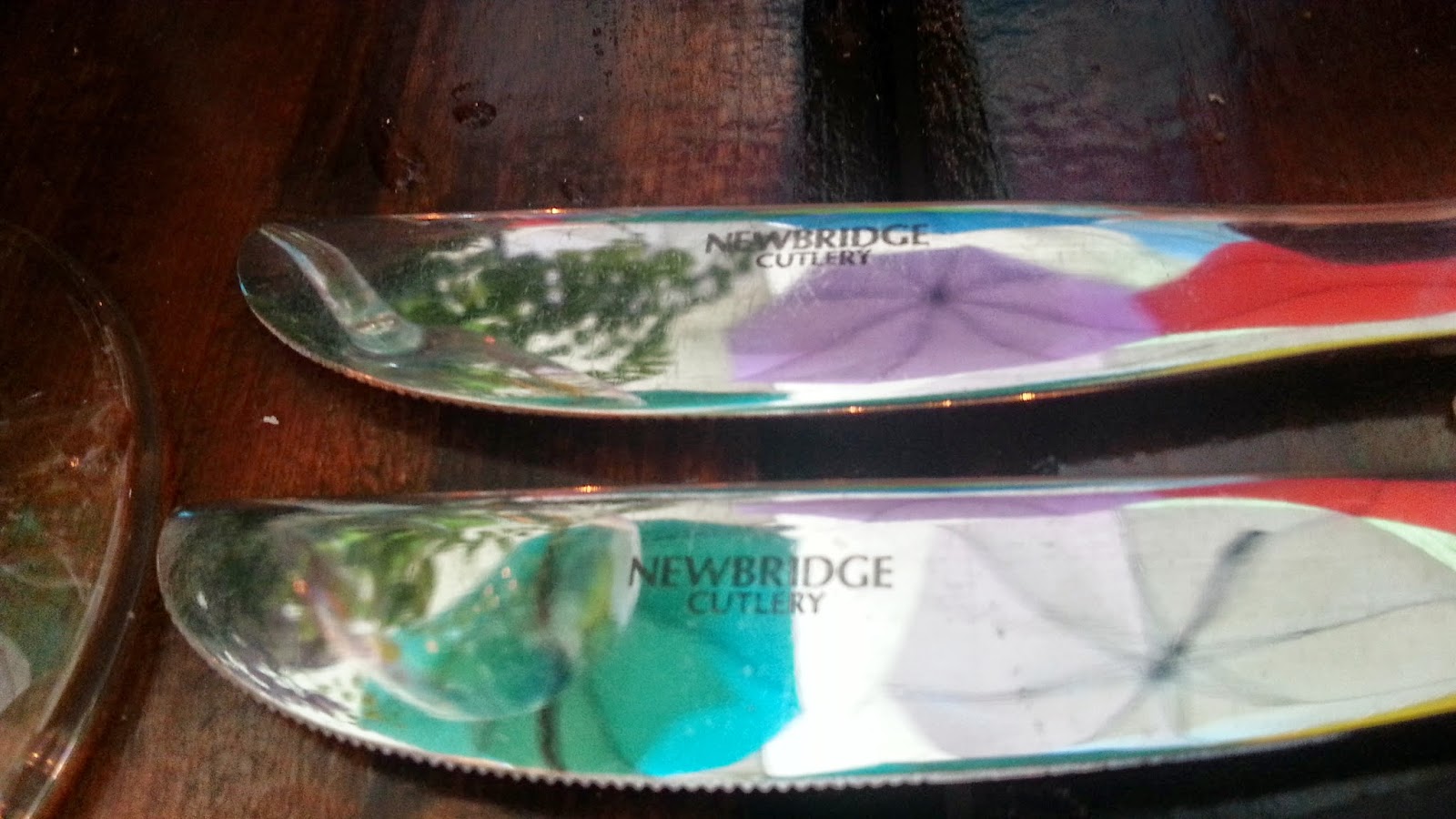 The attention to detail was exquisite, they even had Newbridge cutlery. 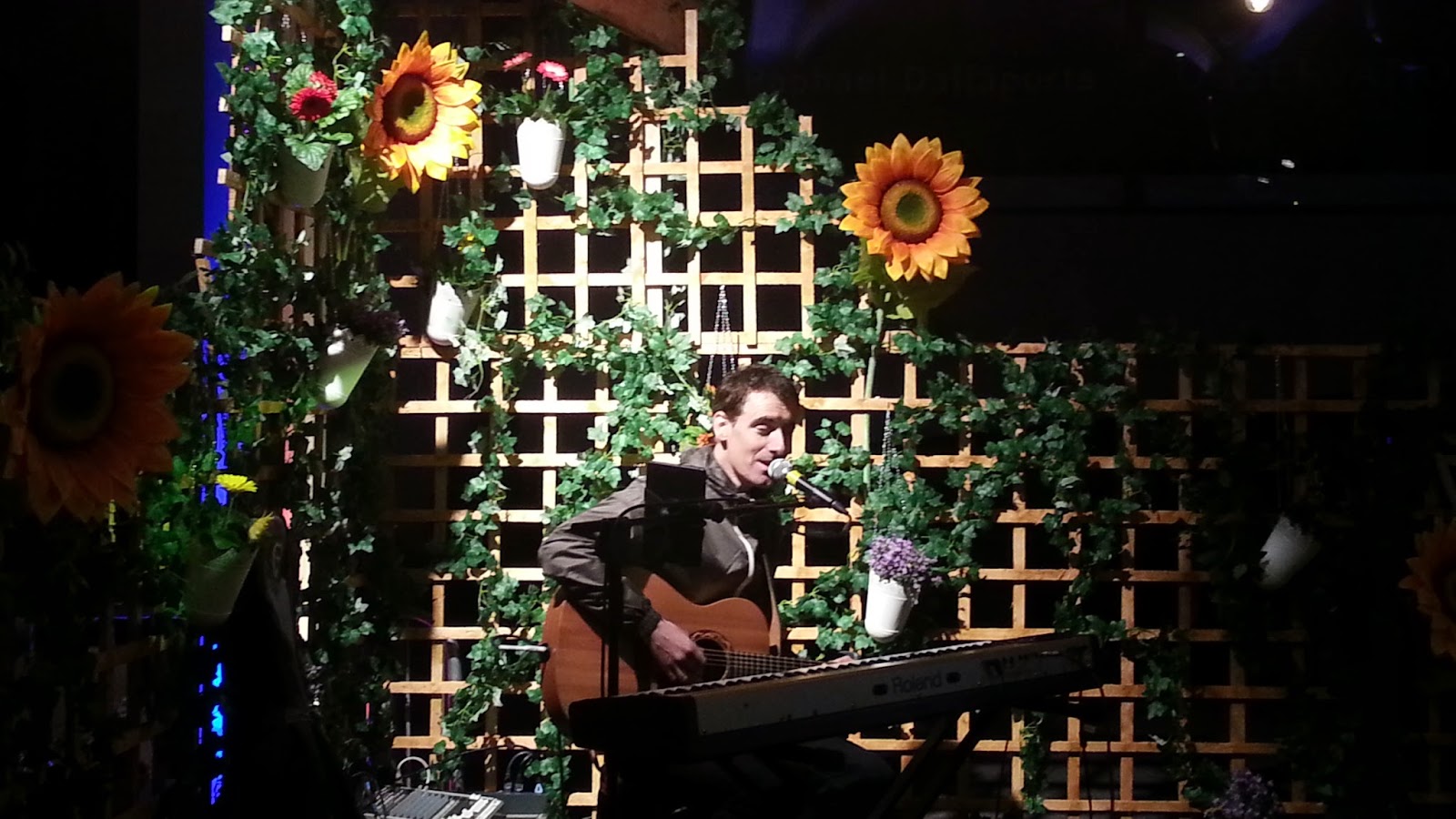 We'd love to know who this guy is. He provided the ambient music for the evening! 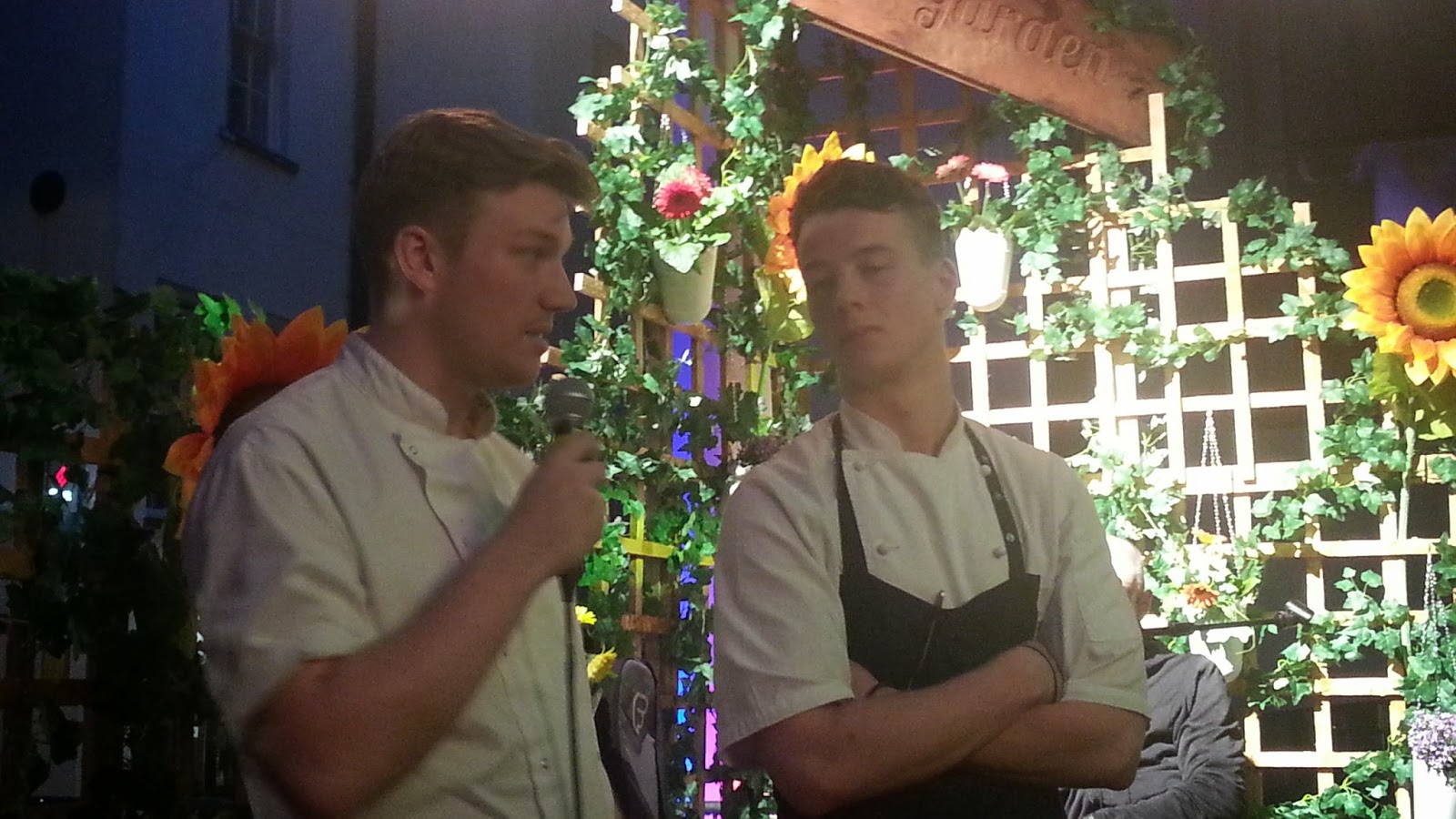 The chefs behind the delectable meal were two final year culinary students, Cúán and Harry, who are the brains behind Dublin Pop Up. The lads came out at the end of the night from the heat of the kitchen to give us a few words when everyone was finishing up their meals. (They've got exams next week, so good luck lads you'll do great it after that cooking.) 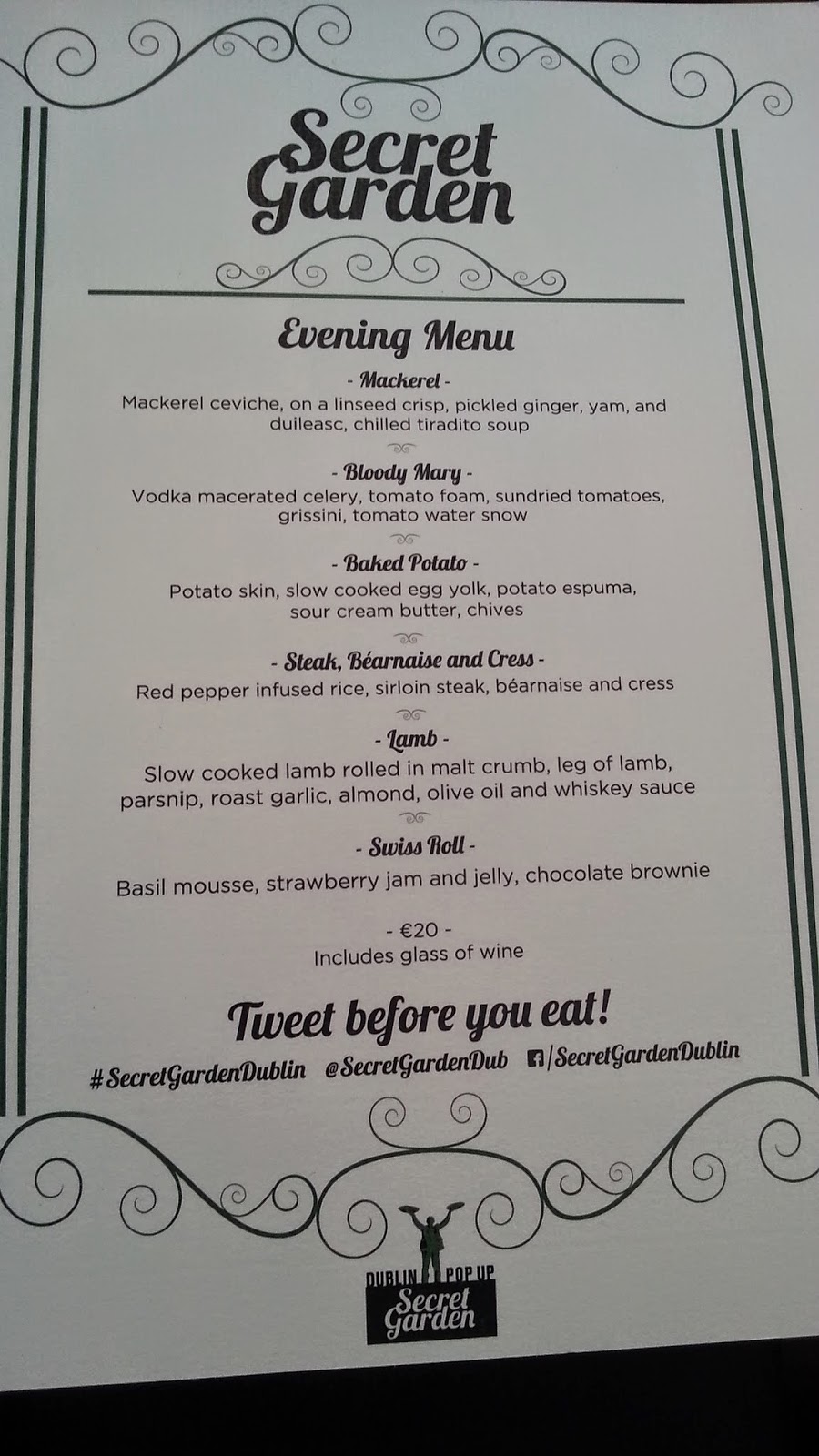 So, the menu was a set menu and it doesn't look particularly gluten-free-friendly, but it was really easy for the guys to adapt them for me and my other half. They said they'd been dealing with lots and lots of allergens throughout the week, including strawberries, dairy, and gluten. All they really cared about was making sure it tasted as good as it possibly could and, boy, did it! 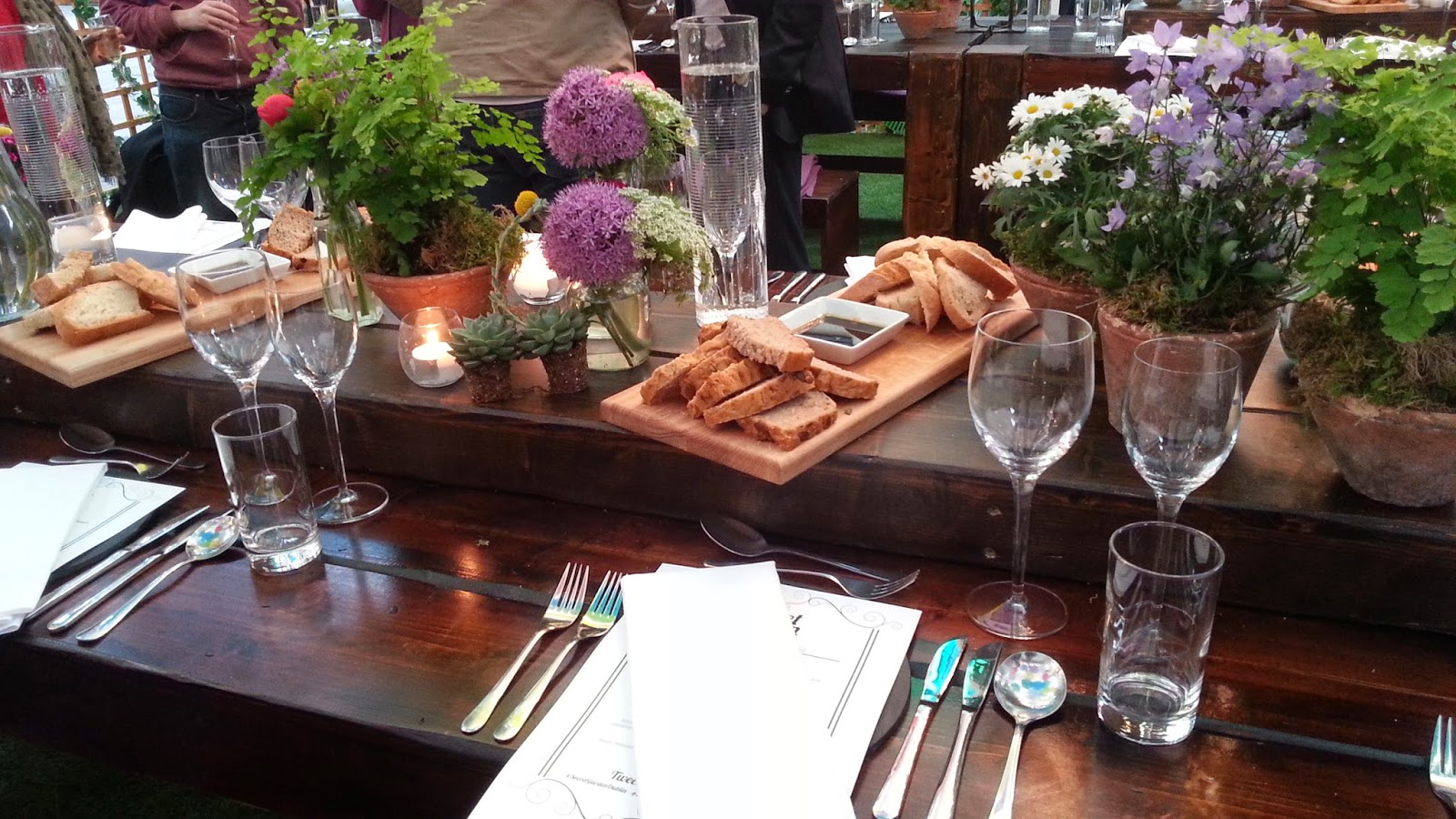 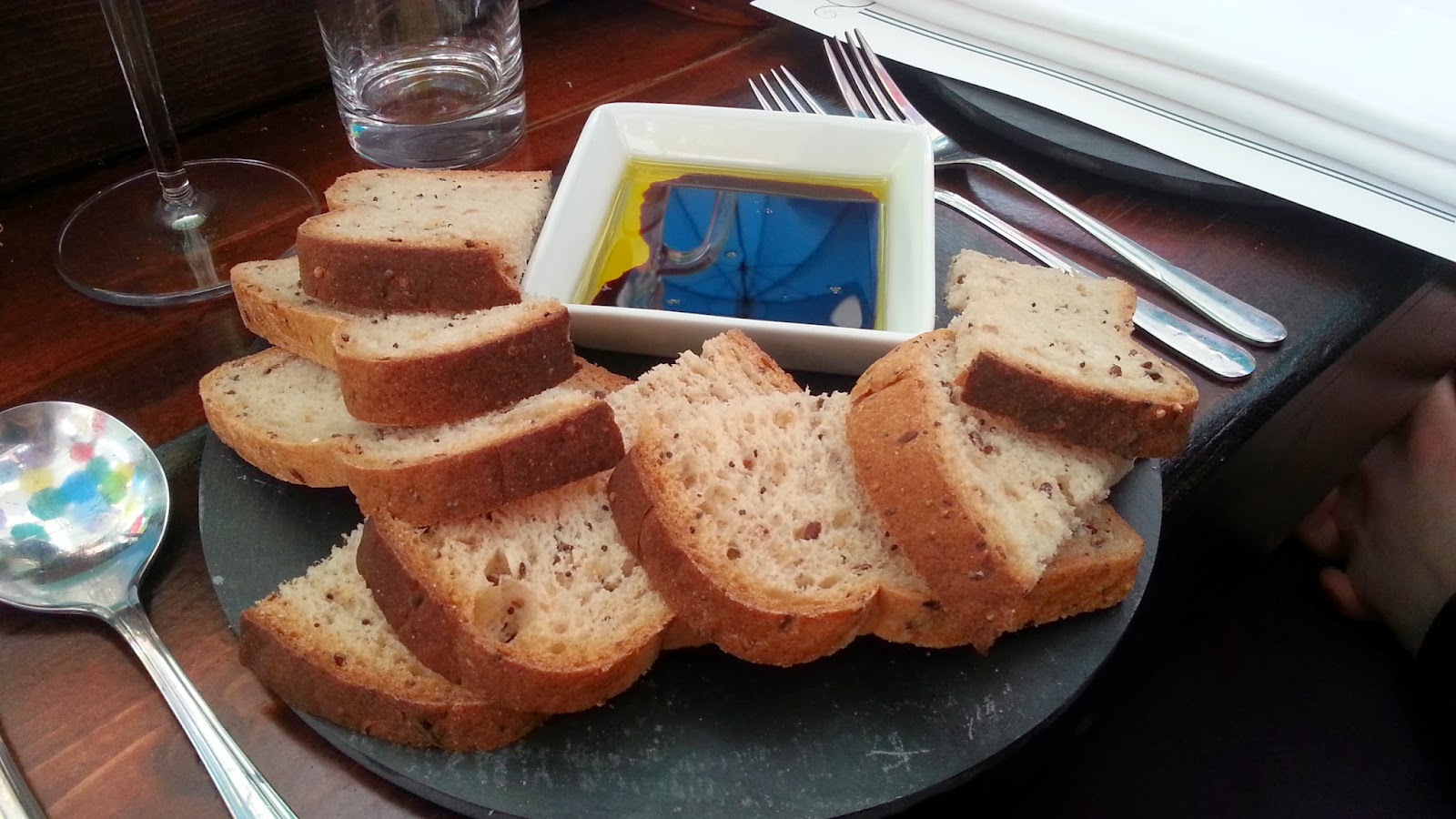 The tables had a constant supply of bread. We were given a separate platter of gluten free bread, which I admit I did not recognize. Strange seeing as I eat that exact bread at home. I was convinced otherwise on the night, but I triple checked when I got home. The no holes at the top and the fact that it was baked properly probably threw me through a loop. (I've had the experience of picking up this bread from several stores half-frozen, despite the fact that I've been told (A LOT) that it's baked fresh in store after got in frozen.) 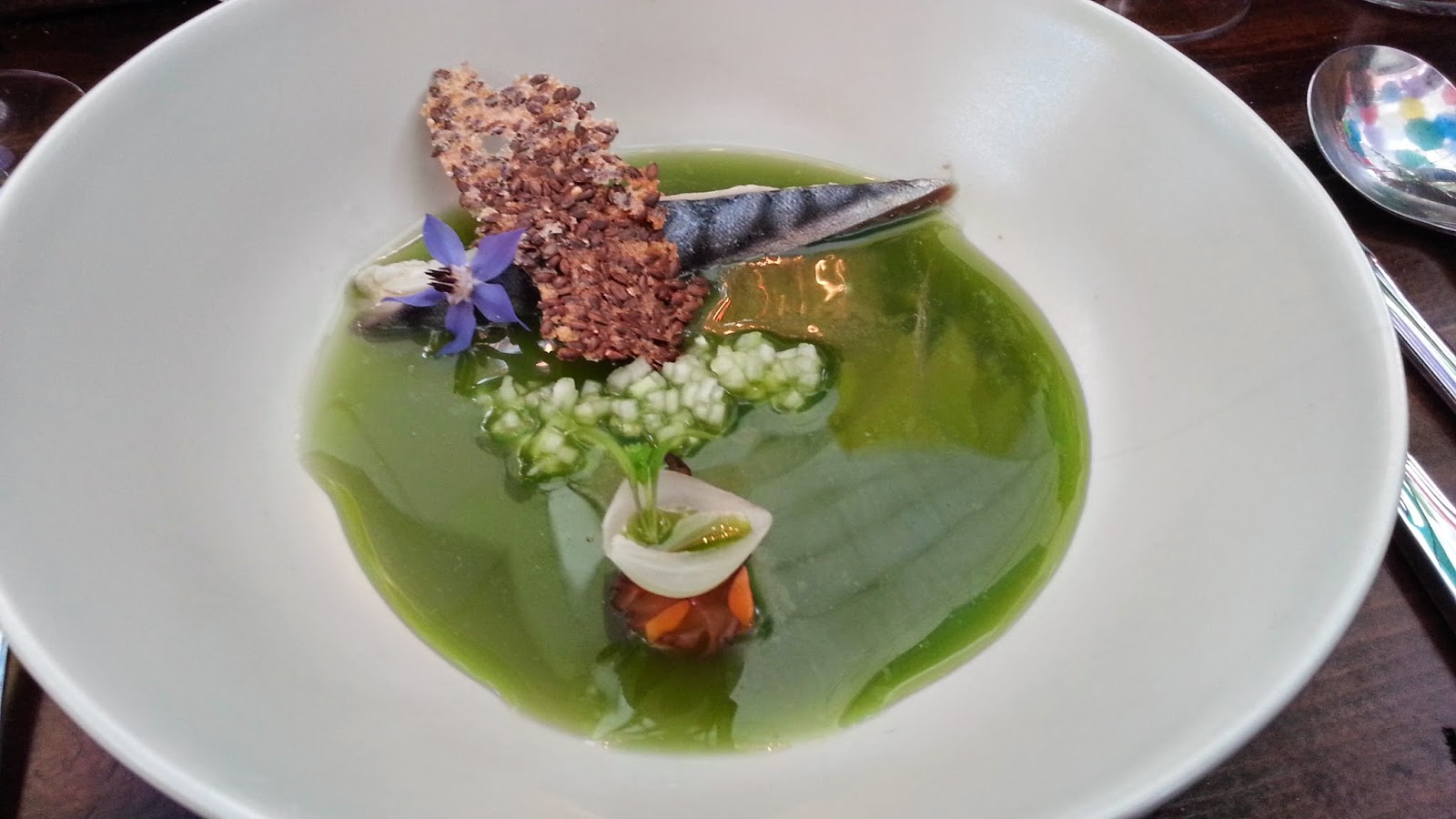 The starter was mackerel in guspacho, cold soup to those of us who are unsure. The linseed crisp stole the show within this dish. It was crisp and seriously tasty! I was pleasantly surprised with the mackerel in this dish, cooked to perfection. The soup itself was lovely, if a little heavy on the onion. 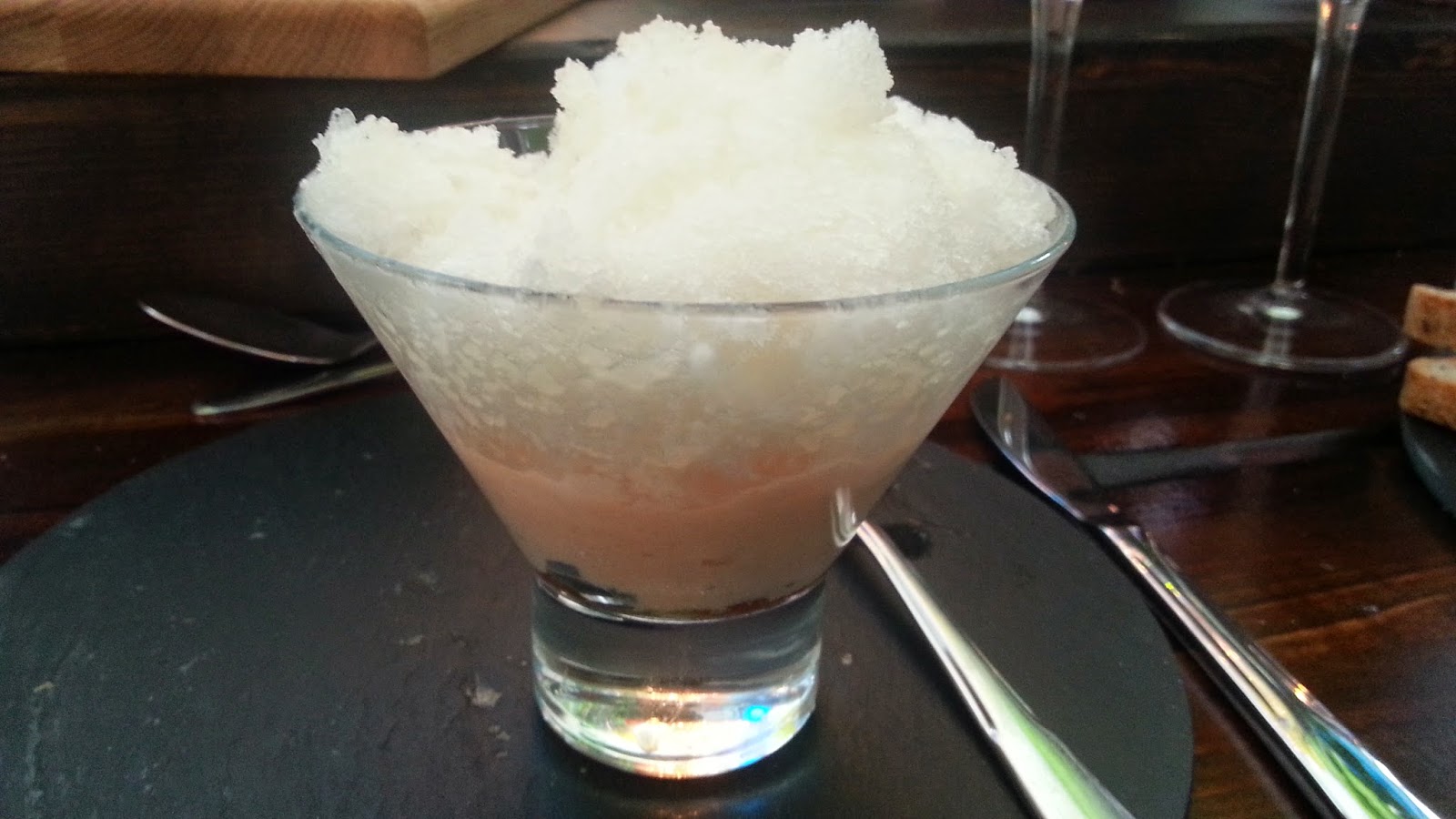 Next up was the bloody Mary. Now there was italian bread in the bottom of this dish to give it texture, which mine and my other half's was lacking. We had differing opinions on this one. He missed that texture, whereas I was happy enough to fish out the sundried tomatoes from the bottom. The sweetness from that was just enough for me to coincide with the vodka and soft cream of the tomato foam. 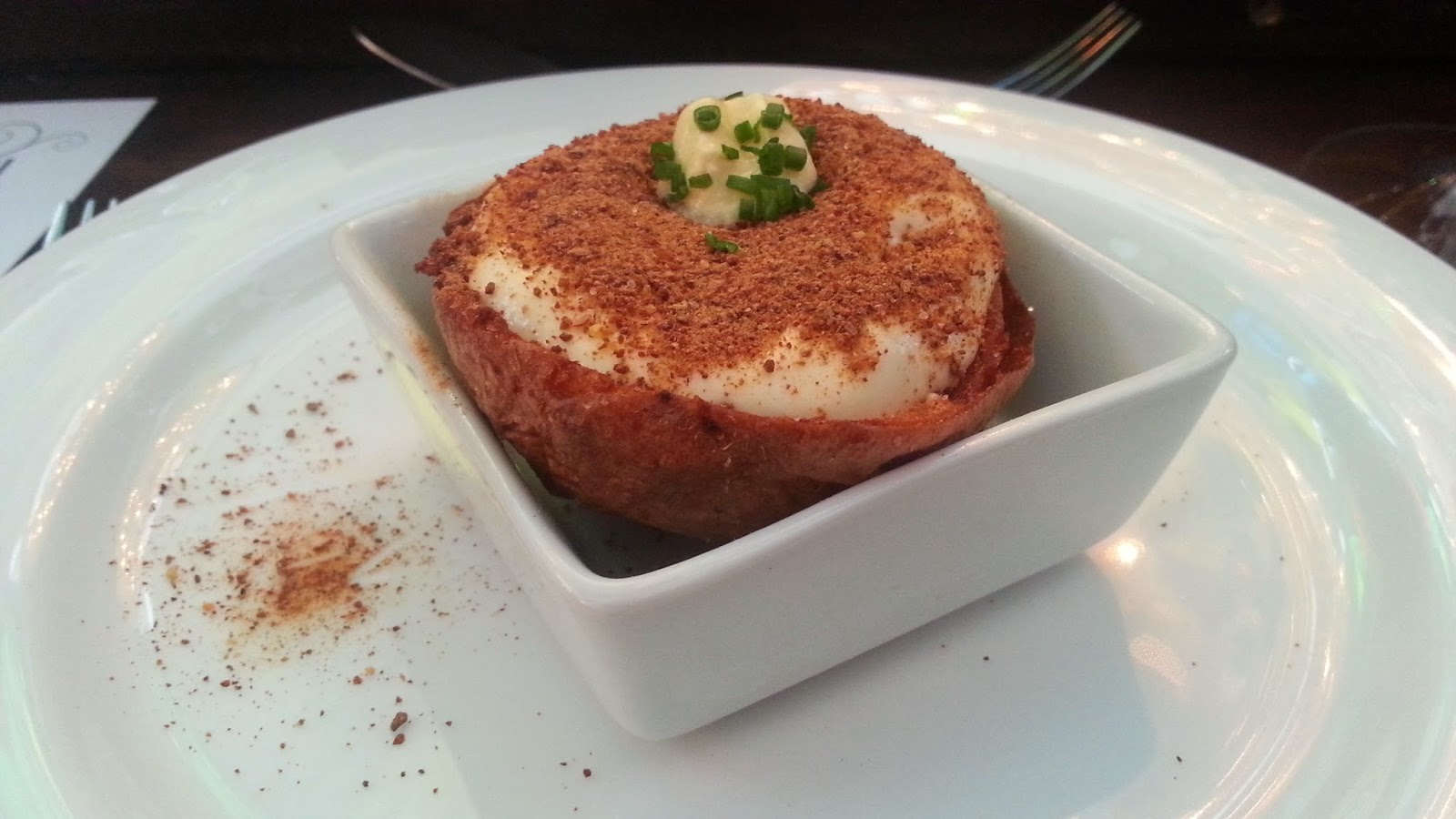 This potato was awesome! There was no dignity in my eating of it. I scooped it up and hoped for the best as I crunched my way through the crispy skin and prayed the gooey centre didn't dribble down my face. I can't actually describe how delightful this egg, butter cream filled potato was. They need to put it on a menu somewhere or share the method so I can make it at home!! 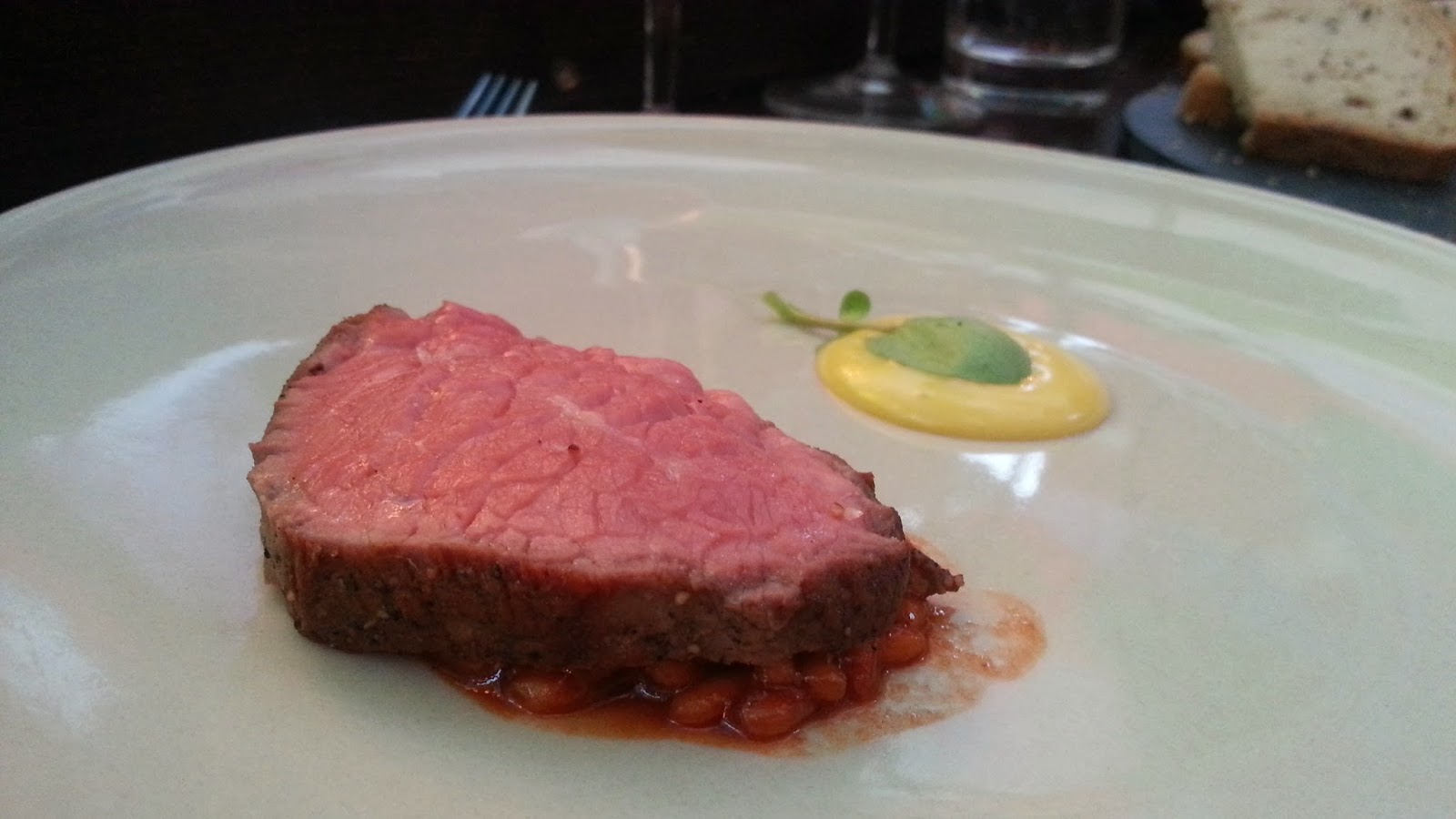 Steak course! Served medium-rare with a small blob of béarnaise and cress, sitting on red pepper infused rice. Flipping lovely! I have a question.. how do I infuse my rice like that?! 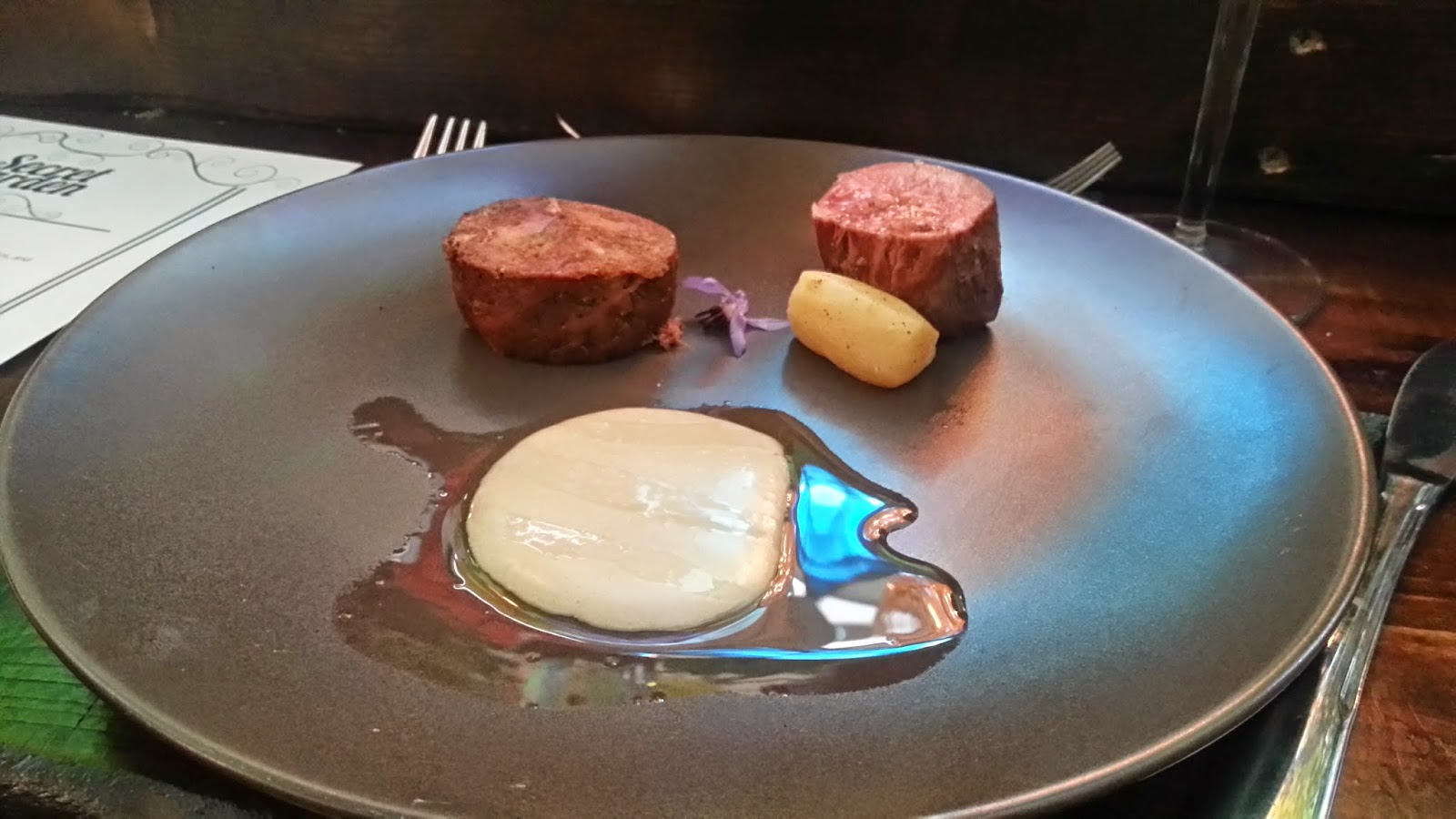 I actually enjoyed this course more than the steak, and I am a big steak fan. This had lamb cooked two different ways: slow cooked and leg of lamb. Obviously I didn't have the malt crumb on my slow roast. In fact, diners were looking at my lamb and asking why mine was bigger, turns out that malt crumb makes the tender, juicy slow cooked lamb shrink a little! And you no what? It was completely unneeded in my opinion. The dish couldn't have been any better than what I ate. 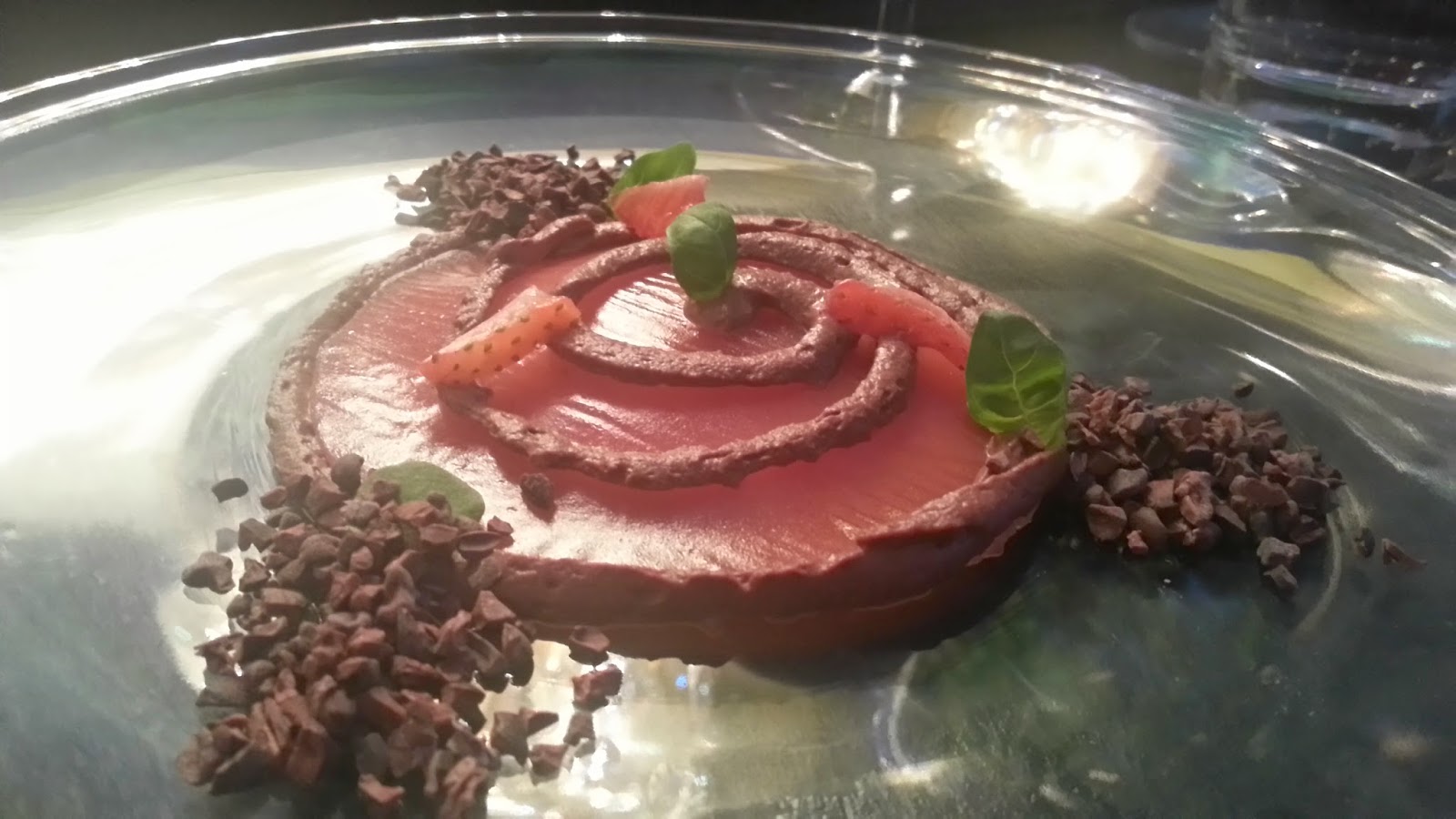 I was nervous about the Swiss Roll. How were they going to replace a Swiss Roll unless they cooked a separate one for little ole me? Well firstly it was deconstructed. Under that jelly layer lay cream and there was biscuit (I think) on the non-gluten free dishes. 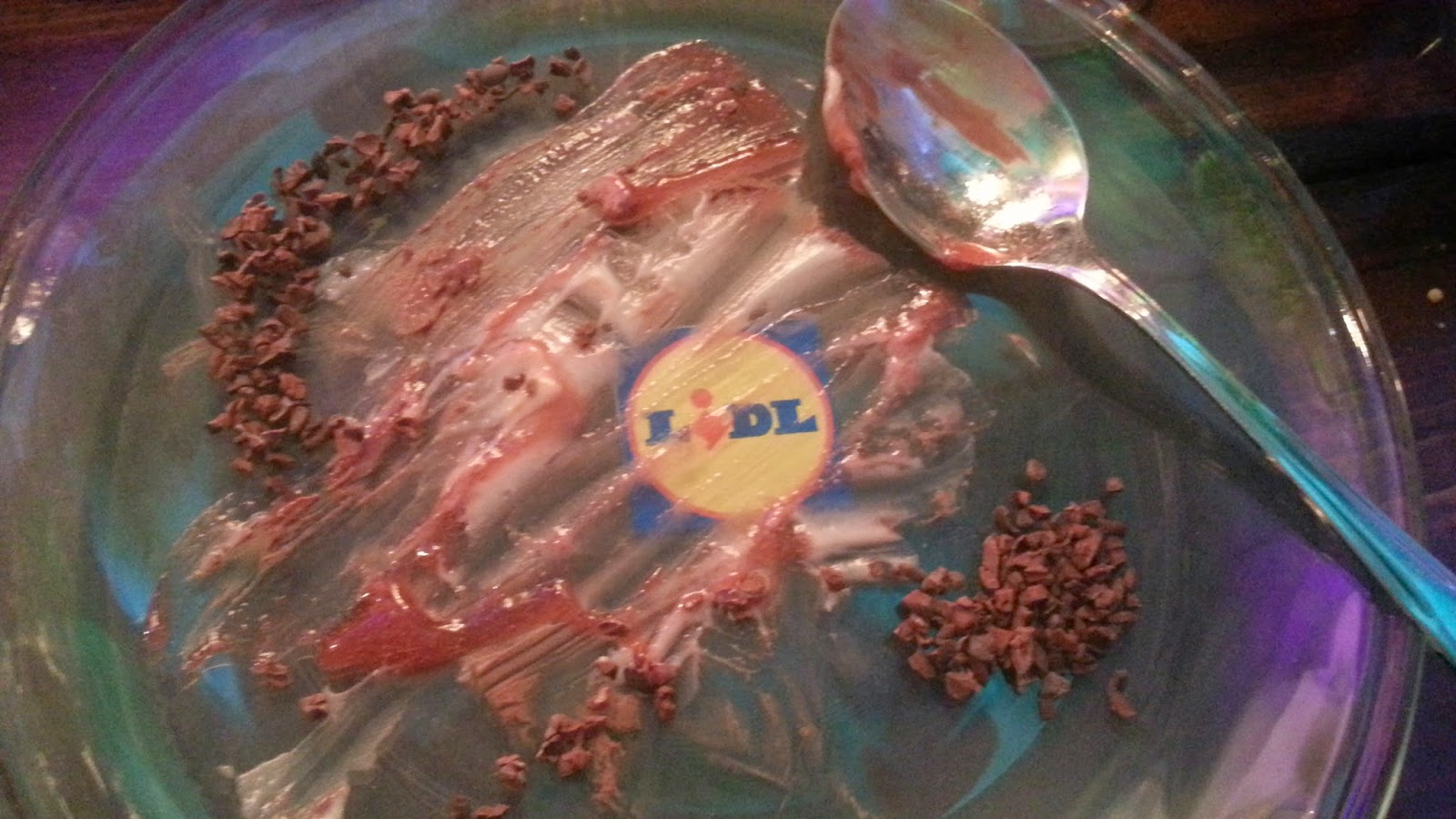 On the night there was an announcement. Myself and the other half had been debating how this menu could be gotten so cheaply during out dinner. 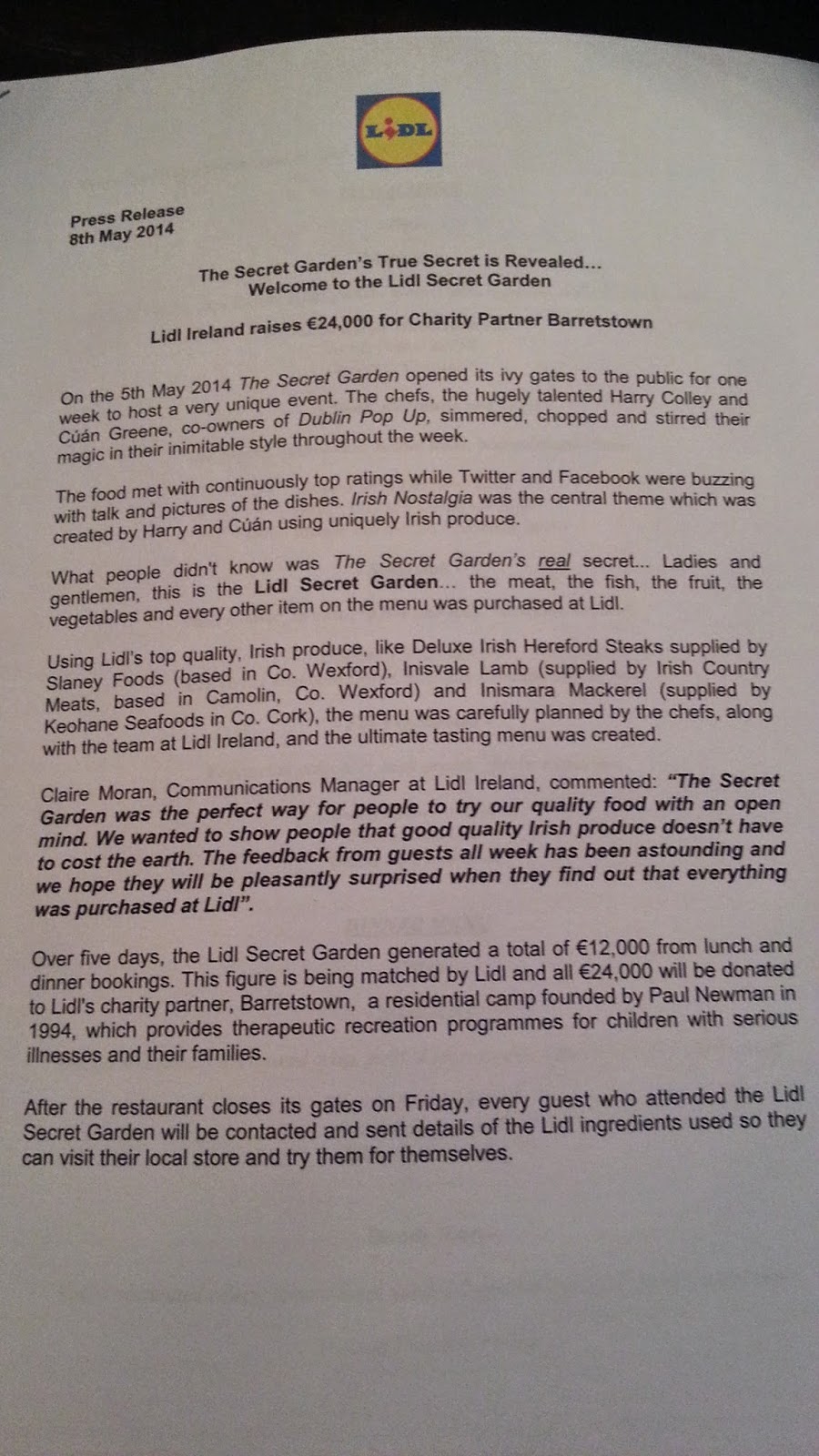 Turns out everything was from Lidl Ireland and it was a charity event in aid of Barretstown. As we ate our dessert a video played in the background and the lovely Claire Moran, Communications Manager, stepped out to announce that Lidl were matching the money raised, which had been €12,000 at the time, bringing the total donation to €24,000. Not too shabby at all! 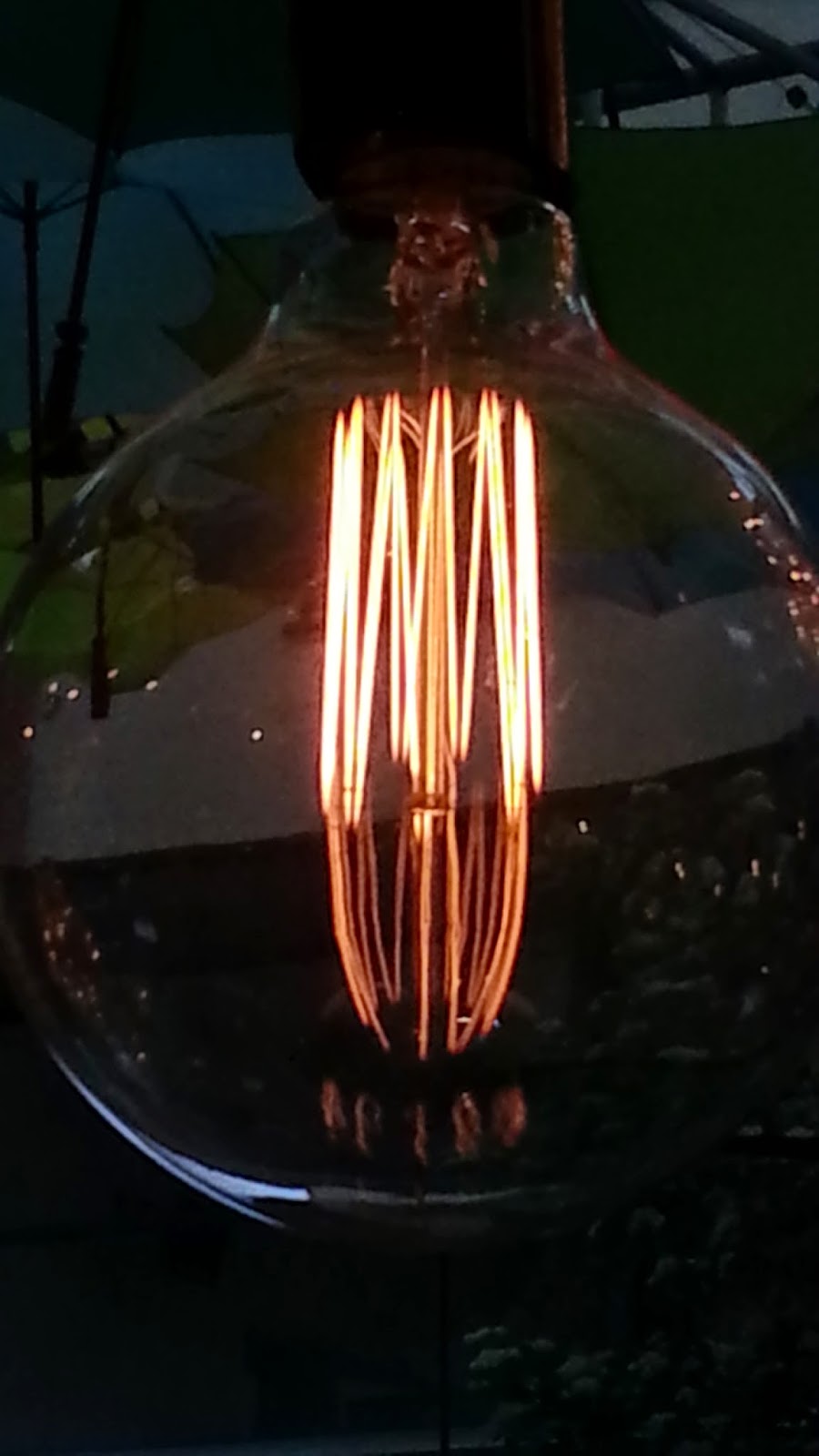 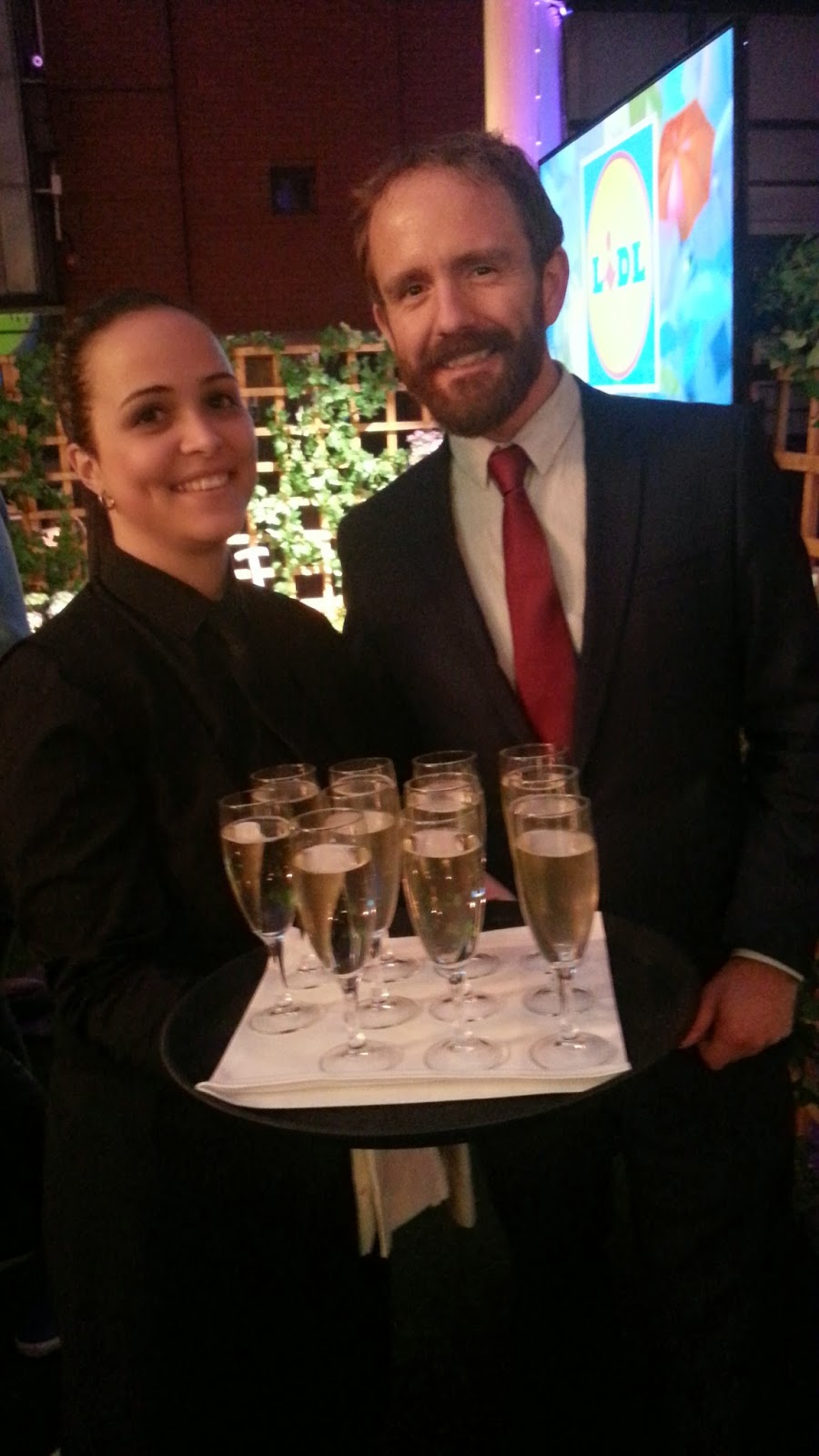 All in all it was a great idea by Lidl and executed to the highest standard by all involved, from set-builders to servers. The gentleman on the right, Andrew Duffy, was the maître d for the evening from The Caterwaiter. Seriously, hire the man and his team for events, they were really attentive, particularly with the gluten free stuff.